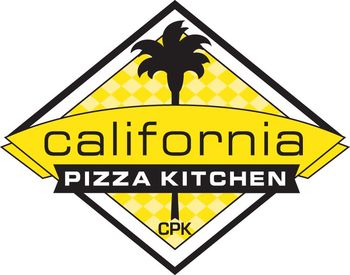 In my mind, California Pizza Kitchen's always been a bad fit for its space at 16th & L. It doesn't have a happy hour to bring in the after work crowd, it doesn't have easy parking for families, and it seemed a couple dollars too expensive for the area. Well, it seems others agreed with me, and CPK is set to close on Wednesday, July 13, reports Bob Shallit in the Sac Bee.

The new place, featuring pizza, "fun" appetizers and 30 to 40 different kinds of beer, should open in about six months, says Mason Wong, whose family runs the Mix Downtown nightclub in the same complex and is the primary backer of the new bar venture.

Also investing is the de Vere White family, which owns an Irish pub in the same building, at 16th and L streets.

For good poutine, Formoli’s - Co-owner and chef, Aimal Formoli, does amazing work. The poutine (fries slathered in a brie cheese sauce and lounging in a pool of some gravy so good I wanted shooters of it) is awesome. Garrett McCord in Sac News & Review.

Pangaea to open a bottle shop - Those who prefer to buy specialty brews will soon have a new place to go to stock their beer cellars as Curtis Park’s Pangaea Two Brews Cafe celebrates its third anniversary by opening a bottle shop. Adjacent to Pangaea, at 2743 Franklin Blvd., it will complement the already-successful cafe with its largely Belgian and Belgian-style beer selection. Brandon Darnell in Sac Press.

End of the line: Mongolian barbecue three ways - Mongolian barbecue is neither. It originated in Taiwan in the 1970s and is basically stripped-down Japanese teppanyaki where diners pick their own fare. Some Mongolian barbecue joints will assert that Mongolian soldiers heated their shields over campfires, stir-frying meals with their swords. Pure myth. What also might be mythic is a Mongolian barbecue place whose offerings are something that can rightfully be called cuisine. So far, gourmet Mongolian barbecue are words as equally as ill-paired as “gourmet corn dog.” Greg Lucas in Sac News & Review.

Cocktails for a Good Cause - I don’t need a reason to relish a good cocktail, but I have a terrific incentive to get out and enjoy a unique summer libation throughout the month of July. “Cocktails for a Cause,” which generates funds for Big Brothers Big Sisters of Greater Sacramento, showcases custom cocktails crafted by eleven local eateries. 50% of the proceeds of these specially-created drinks will benefit the non profit, which helps children reach their potential through professionally supported, one-to-one relationships with mentors. Kira O'Donnell in Sac Mag.

Great Deals at Cafe Morocco - Hey, I got a great tip from one of our Facebook friends last week: Cafe Morocco is offering a special prix fixe menu Mondays and Tuesdays from 5 p.m. until 9 p.m. For $20, you get an appetizer, two entrées and a dessert. Yummers! Entrée choices include CM’s Chicken Sumac—chicken breast pieces marinated overnight in garlic, lemon and sumac (a tangy spice), and sautéed with onions and tomatoes—a personal fav of mine. The dish is served with hummus, and it’s divine! Elena M. Macaluso in Sac Mag.