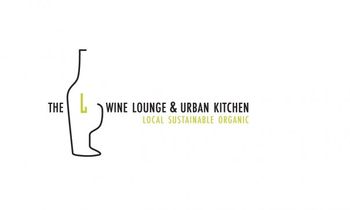 There are restaurants that are struggling just to make it, and there are those who are a little more secure and work to make the community around it better. L Wine Lounge seems to fall into the later category. It would be a loss for the community if something happened to the restaurant.

Sunday's brunch was the last service at L Wine Lounge & Urban Kitchen for at least the next few weeks. The midtown wine bar at 18th and L streets is closing indefinitely due to extensive repairs and safety issues with its HVAC system, said co-owner Marcus Marquez. A lawsuit between the L's owners and its general contractor is complicating matters, though both parties are currently in mediation, said Marquez.

The restaurant expects to reopen by September.

Read the entire post in the Sac Bee's Appetizers Blog.

The J.C. Builders contracting firm sued Marquez and his ownership group in Sacramento Superior Court three years ago, claiming it hadn't been paid for nearly $55,000 worth of work on the restaurant. The restaurant filed a countersuit a year later against J.C. and several other firms, alleging "faulty and defective work" in the heating and cooling system.

Read his entire story in the Sac Bee.

Sacramento's Thai Cottage delights with exotic comfort food - I have rarely been to a bad Thai restaurant. But sometimes the good and very good Thai restaurants in our midst fail to do enough to showcase the kind of passion, importance and dynamism that is woven into so much of daily life in Thailand...At Thai Cottage, tucked into an unassuming little strip mall along Howe Avenue, I got glimpses of the real Thai culinary passion through food that is consistently some of the best in town. Blair Anthony Robertson in the Sac Bee.

Counter Culture: Sacramento's Bulls is for meat-hungry - Sometimes a restaurant's sense of place meshes perfectly with its menu. That's true of Bulls, where I sat at a high-top table with lunch pal Gloria Glyer. She writes the weekly "Helping Others" column for The Bee and has an extensive résumé in restaurant reviewing. Allen Pierleoni in the Sac Bee.

Paesanos is Expanding to Davis - The much-loved restaurant of Sacramento, Paesanos (with locations in Midtown and Elk Grove), is coming to Davis! Cary Arnold in Davis Life Magazine.

Wicked Which on CW 31 - You've read about their food. Now watch their appearance on TV yesterday morning.