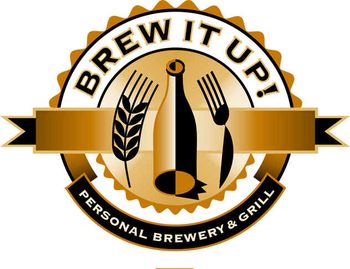 Brew It Up, the do-it-yourself brewery and restaurant at 14th & H, served its last pint last evening. Brew It Up joins L Wine Lounge as the latest restaurant causality of the recession.

Owner and founder Mike Costello said he put the word out on the restaurant's website and Facebook about 3 p.m. Friday after meeting this morning with employees.

The decision to close, he said, was the result of financial challenges that are "far bigger than anything we can control."

Mark Anderson in the Sac Biz Journal adds some details:

For the past two years, dining business has been way down. The brewery had been the anchor keeping people coming through the doors, but there was not a lot of neighborhood business. The location, at the base of a parking garage, isn’t in one of the dining corridors of downtown or midtown.

“We probably needed a location that would support the dining side better,” he said. “As it is, we are a pure-play destination.”

Read the entire story in the Sac Bee and the Sac Biz Journal.

Elk Grove's Palermo restaurant treats you like family – only better - Inside, Palermo Ristorante is another world altogether. It was almost shocking how charming and lively it was. Blair Anthony Robertson in the Sac Bee.

Counter Culture: French Po-Boys One channels New Orleans - Taking a table inside the tiny French Po-Boys One reminded my lunch pal and me why regional dishes are regional in the first place. In this column's experience, you can't duplicate a chicken-fried steak outside of Texas, or a Cuban sandwich outside of Florida. You can come close, but no bull's eye. Allen Pierleoni in the Sac Bee.

Entrepreneurs drop 'fight bar,' look to expand restaurant - The owners of a contested bar with a mixed martial arts fighting concept withdrew their application earlier this month, but neighboring residents are still concerned that new plans for the Midtown space will be the same operation by another name. The MMA Fight Bar concept was planned by the owners of Luck’s BBQ, which at 2502 J St. is next door to the vacant space the fight bar would have taken. Brandon Darnell in Sac Press.

Progress Rolling for Food Trucks - Sacramento join the ranks of food-truck capitals such as Portland and L.A.? Until recently, that fantasy didn’t seem likely to become a reality, thanks to a city ordinance mandating food trucks to move every 30 minutes. Plus, land-based restaurateurs and their mobile counterparts don’t always see eye-to-eye when tackling the question of how to coexist peacefully and at mutual profit. Cathy Cassinos-Carr in Sac Mag.

RIP Canyon Creek in Natomas - Opened in Feb, closed in July. If you look at the Yelp reviews, you'll understand why. Still, sad whenever a restaurant closes.