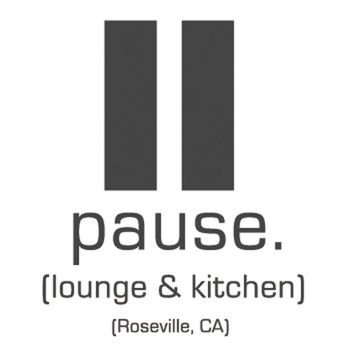 Restaurants in the Sacramento region are dropping like files. In the last couple weeks, we've seen Spin Burger Bar, L Wine Lounge, CPK, Brew It Up and now Pause Lounge in Roseville, reports Chris Macias in the Sac Bee.

The tough times continue on the local restaurant scene. Pause Lounge & Kitchen in Roseville became the latest local eatery to shut down, closing for good over the weekend following just eight months in business. Pause, which specialized in artisanal cocktails and a menu that focused on small-plate items, closed temporarily in April to revamp its menu and change its decor. According to Lucas Elia, who co-owned Pause with brother Leyland Jacob, Pause never quite found its footing after closing the first time.

A Matter of Price: Is the Lounge ON20 menu revision cause for concern? - But somewhere between the closures and the thriving restaurants like Magpie, Mulvaney's, Waterboy, Ella, Formoli's, Lucca, New Canton, OneSpeed and others, is the restaurant that is compelled to change its menu and cut its prices in an effort to fill more seats and sell more food. In this case, I'm referring to Chris Macias' report last week about the new version of Lounge ON20, the one serving up creative, modernist, and high-end food the likes of which we don't get to see here often enough. This is actually the new-new version, as Lounge ON20 went through a major revamping a few months back by showcasing cooking that touched on the avant garde. Blair Anthony Robertson in the Sac Bee.

Another View About The Grid’s Recent Restaurant Closures - There has been much made recently about all of the recent restaurant closures in Sacramento’s midtown. One could surmise that the doors closing on all of these restaurants means that Sacramento’s culinary market is saturated and a sign of the bad economy, but I humbly refuse to believe that is why many of these restaurants have closed. I actually think some of these closures are a sign that the restaurant scene in Sacramento is reaching a better level. Before you tell me I am crazy and need to go get a degree in economics (which BTW I already have), hear me out. Julie Soderlund in Girls on the Grid.

Do Corkage Fees Eliminate Savings? - The real question for cost-conscious consumers remains, is the corkage fee more or less than I saved by purchasing the wine myself?  The answer is (as always), it depends. Jeff Hale in Wine Strong.

Giovanni's Pizzerias roll back the price on the large cheese pie - There's so much New York-style pizza in town that we should be talking with accents. Let's remember that the guy who helped pioneer the thin-crust Neapolitan-style pizza movement here is John Ruffaine, who opened Giovanni's Old World New York Pizzeria 10 years ago. Allen Pierleoni in the Sac Bee.