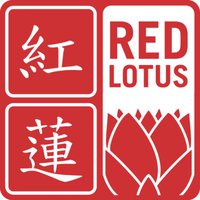 I love Red Lotus. I loved it enough to do the rehearsal dinner for my wedding there. I loved it enough that I've literally tried everything on their menu. The Sac Bee's Blair Anthony Robertson called it the best new restaurant of last year. But apparently, all that love was not enough. It closed its doors for good, reports the Sac Bee's Chris Macias.

Red Lotus, the midtown restaurant which specialized in stylish dim sum-styled Chinese food, shut down as of Sunday night. This news was first broadcast on the Facebook page for Billy Ngo, Red Lotus' executive chef and co-owner, and confirmed by a member of Red Lotus' staff. Red Lotus lasted just under a year-and-a-half of business at 28th and J streets, taking over the a space formerly occupied by G.V. Hurley's before abruptly shutting down after Sunday's service.

PS: Props to Sac Press commenter Vtorza11, where I first read that Red Lotus might be in trouble. He posted about it a week before it closed.

44,000 lbs of Beer Destroyed After Crash - NATOMAS— The aroma of 44,000 lbs of beer filled the air in Natomas Monday morning as drivers made their way along I-80. The smell was from an overturned semi truck along Truxel Road on the highway overpass. Sam Cohen & Sean Bennett on Fox40 News.

Burgers and Brew Owner is expanding B&B into the Top This space - which he actually owns as well. He's gonna knock down the wall between the two.