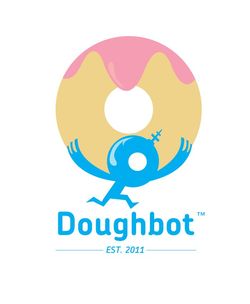 If you want to get into an argument with somebody, you can talk about money, religion or who has the best INSERT FOOD ITEM in town. There are at least two Web sites dedicated to reviewing burgers just in Sacramento - RoShamBurger and Burger Junkies. Now, Sac Bee food critic Blair Anthony Robertson eats his way through Sacramento's donut scene.

What we found was that nearly all doughnut shops are making the same doughnuts. At the risk of being struck by a bolt of lightning, that sameness includes the almost mythical Marie's Donuts, whose doughnuts look and taste the same as those at 16th Street Donuts, Donut Star and Donut Fair, among many others...

Enter Doughbot Donuts, the fledgling, bare-bones and inspired doughnut shop on 10th Street run by a husband-wife team that has the audacity to look beyond all standard shortcuts pervasive in the industry – the dry doughnut mix delivered in trash bags, the tubs of shelf-stable fillings loaded with preservatives, high-fructose corn syrup – and take an artisanal approach to doughnuts. They emphasize quality ingredients, freshness and a mix of creativity coupled with old-fashioned values.

Recession takes a bite out of Sacramento restaurant scene - The announcements have come with depressing regularity: One after another, promising new restaurants in Sacramento have closed in recent months, as have some old stalwarts of the dining scene. Sacramento's restaurant market boomed along with economy in the middle part of the last decade. But as diners watch their dollars, the market has contracted as well. Chris Macias in the Sac Bee.

Buonarroti Ristorante closes its doors at Town & Country - Another Sacramento restaurant has shut its doors, adding to the plague of area restaurant failures that have mounted this year. The sudden (though long time coming) closure of Buonarroti Ristorante at Town & Country Village is one more painful reminder of how California's woeful economic climate continues to affect small businesses. On Sept. 25, another Town & Country restaurant, the Terrace, went dark after serving its last Sunday brunch. It was owned by husband-wife Michael and Margo Powers. Allen Pierleoni in the Sac Bee.

Sacramento eateries well represented at Terminal B - Let's face it: For all the cool suitcase sculptures, the food offerings at Sacramento International Airport haven't been too far removed from the typical mall food court. That's all changing [this week]. Chris Macias in the Sac Bee.

New restaurant to embrace Southern fare - The owners of Midtown’s Capitol Garage are bringing Southern-style cooking to the spot recently vacated by Celestin’s Island Eats and Cajun Cuisine, with a projected opening in mid- to late November. Brandon Darnell in Sac Press.

El Palmar: Secrets of the sauce - Five years ago around this time, El Palmar Mexican restaurant appeared in SN&R’s Best of Sacramento issue. It was lauded for offering the Best Mexican food and margaritas in Carmichael (it’s unclear, however, from the blurb just how intense the competition was it beat out for such a singular—and geographically specific—title). Greg Lucas in Sac News & Review.

Food trucks as a vehicle to sit-down restaurant success - The food truck revolution is moving indoors. The owners of some of the most successful trucks are using the knowledge, fame and bankability gained from operating their mobile eateries to start sit-down restaurants. Tiffany Hsu in the LA Times.

Bánh mì chains bank on next sandwich trend - Chipotle Mexican Grill’s foray into Asian cuisine is prompting hopes among a new crop of restaurant chain entrepreneurs that American diners will soon embrace the Vietnamese bánh mì sandwich as the next burrito or taco. Lisa Jennings in Nation's Restaurant News.