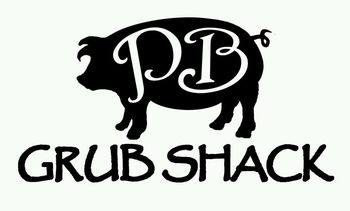 As sad as I was when I heard Red Lotus closed down, I was equally elated when I read that owner Billy Ngo (who also owns the popular Kru sushi restaurant) was teaming up with the owners of East Sac's Formoli's Bistro on a new venture in Natomas. Reports Brandon Darnell in Sac Press:

Menu items will feature a lot of pork, with a pork belly grilled cheese, sandwiches built around pork, and burgers such as the Notorious P.I.G., a 10-ounce beef patty with a slab of braised pork belly and pork rinds on a bun.

Suzanne Ricci, wife of Formoli’s Bistro Chef Aimal Formoli and one of the partners along with Formoli and Ngo, said pork was the obvious focus because all of them enjoy it so much.

“Everyone’s had bacon, but best part of the pig is the belly,” Ricci said, explaining that the savory area will be the restaurant’s focus.

Read the entire story in the Sac Press and see Pork Belly Grub Shack featured on Fox 40 last week below.

Boudin SF adds grilled cheese sandwiches to local menus - San Francisco-based Boudin ("boo-deen") Bakery has made sourdough bread since Gold Rush days. A few years ago, it expanded with a chain of cafes, two of them in our area. Allen Pierleoni in the Sac Bee.

Sacramentans scooping up "Schweddy Balls" - While some grocery stores are pulling Ben & Jerry's Schweddy Balls from store shelves due to its locker-room humor, the demand still appears to be high in Sacramento. The ice cream, which comes complete with fudge colored rum balls, was already hard to find since it's a limited edition ice cream. A spokesperson for SaveMart/Lucky's/FoodMaxx said their stores have never carried the item, which is based on a punchline from a popular "Saturday Night Live" skit. Chris Macias in the Sac Bee.

Raley's explains why they won't sell "Schweddy Balls" ice cream - Sacramento-based Raley's supermarket chain has issued a statement explaining why it is not selling a new flavor of Ben & Jerry's ice cream. Tamma Adamek in the Sac Bee.

I Love Your Fat Face (It’s Not an Insult) - It took me a while to figure out what was going on on 19th Street. For months, I’d be driving down the one-way thoroughfare at about 30 mph, trying to share the road with cyclists, dodge vehicles coming out of the Safeway parking lot (one of the worst designed parking lots in the universe by the way), and make the light at S Street, when a waist-high sandwich board would distract me for a nanosecond. I couldn’t tell whether it was advertising clothing, popsicles, food, wine, or jewelry. When I finally stopped and pulled over one day, unable to deal with the confusion and distracted driving any longer, I realized that the sign was actually advertising for all of those things at the same time. On Sac Rag.

California’s Olive Oils Challenge Europe’s - American food lovers have long taken for granted that only olive oils from the Mediterranean are worth buying — preferably with an olive tree, an Italian flag and some words like “authentic cold pressed” on the bottle. But in the last decade, California producers have mounted a major new effort to bring back the domestic olive oil industry, planting thousands of acres, building new mills and producing oils that can be fresher, purer and cheaper than all but the finest imports. Julia Moskin in the New York Times.