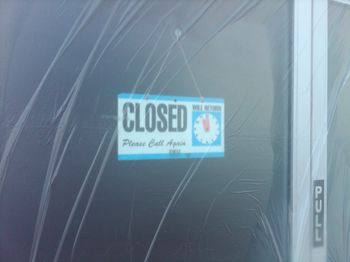 The Restaurant Reaper has claimed its latest victim -- Garlic Shack. By now, we Sacramentans have grown used to the drumbeat of restaurant closings, the most recent of which was Red Lotus almost exactly a month ago.

But there's one difference between the closing of Garlic Shack and the closing of so many beloved local joints like Celestin's, Good Eats, Spin Burger Bar, L Wine Lounge, Brew It Up and Pause Lounge in Roseville -- those places had fans. 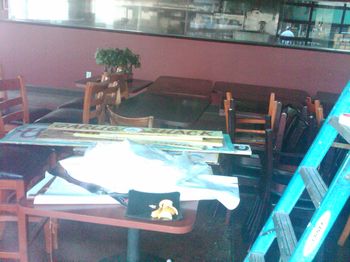 I've never heard one good word spoken about Garlic Shack. A quick perusal of their Yelp reviews shows that food poisoning shows up in more than one. That's not good for a restaurant.

While other restaurants may have closed because of the economy, my best guess for why the Garlic Shack closed is that the food just wasn't that good.

Muntean’s Soups: A liquid force - Muntean’s culinary caprice seems to be a guiding force. There is seafood bouillabaisse and a cream of spinach. Beef Acapulco that kicks, as well as a buttery mushroom. Romanian beef. There is a sweet and spicy offering as well as Chinese chicken soup, barley and artichoke creation, beef stew and a lentil. There is also a Supa de Varza—cabbage paired mainly with red bell pepper and carrot chunks. Greg Lucas in Sac News & Review.

Is it Possible to go Fanboy for a Dairy Product? - It’s not like I haven’t had gelato before. I’ve had my fair share in fact. But I wouldn’t call myself a gelato lover, or in a more appropriately Italian vein, a gelato aficionado. Nevertheless I am absolutely gaga over Devine Gelateria in Midtown. On Sac Rag.

A look inside Broadacre, what goes into making your coffee - Since opening its doors two weeks ago, Broadacre Coffee has been serving up freshly brewed, personalized and made-to-order cups of coffee to the customers downtown. Evelyn Santillan in Sac Press.

Taste of Sacramento - If you’re feeling famished and daydreaming of a getaway to Newport Beach, Napa or even Paris, circle Oct. 14 on your calendar. With a red marker. And, like, add a gold star. Jon Schuller in Sac Foodies.