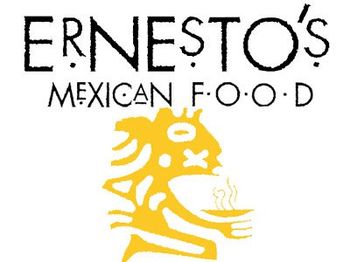 While there may be newer and trendier Mexican restaurants in Sacramento, Ernesto's has stood the test of time and will celebrate its 20th anniversary, reports Brandon Darnell in Sac Press.

For 13 of the past 20 years, Jiménez said, Ernesto’s – located at 1901 16th St. – has been listed as best Mexican restaurant in Sacramento Magazine and has received other recognition in local contests.

The business opened Nov. 18, 1991 in a space that was best-known for a Chinese restaurant, The Golden Buddha, which operated for 40 years. A pizza restaurant was there for three years in between.

Sunday breakfast-brunch at Maranello wins the tasting game - In the parking lot on Sunday, we followed the smokey smell of cooked bacon into Maranello restaurant and grabbed a table in the main dining room. Allen Pierleoni in the Sac Bee.

The Dish: Café 744 at California Department of Social Services - While there's no shortage of coffee and lunch locales around the Capitol, many state buildings are home to additional dining options. This post launches a new weekly series of mini-reviews of some of those spots for downtown denizens looking to try something new. First up in our new Capitol Alert/State Worker blog series of state building restaurant reviews is Café 744, located on the first floor of the Department of Social Services building. Torey Van Oot in the Sac Bee.

The Dish: Gold Rush Grille at the Secretary of State building - The spot: Stop two on our mission to dine our way through Sacramento's state buildings was Gold Rush Grille on the second floor of the Secretary of State Building. Situated at the corner of 11th and O streets, this one is a quick jaunt from the Capitol. Don't be deterred by the security guard manning the first floor entrance -- all you need to do is show an ID and hit the staircase to the left to get to the grille. Torey Van Oot & Jon Ortiz in the Sac Bee.

Doughbot Donuts! Finally Getting to Try What Everyone's Talking About! - It's all about texture and glazes for a donut — and we have some stiff competition here in Sacramento for really good donuts with Marie's Donuts on Freeport - whether it's at 1:00 AM after a bender or Sunday morning with the paper this has been my donut institution for many a year - good memories have been made at Marie's, but it's a new donut era and with the likes of VooDoo Donuts out of Portland, and Dynamo Donuts out of San Fransisco changing the donut scene all across the country – it's all about bacon maple donuts, new flavors, and changing the donut experience! Charlotte King in The Grand Adventures of a Food & Wine Diva.