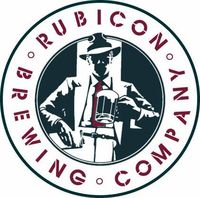 Rubicon Brewing's restaurant operations, along with many other eateries, may still be suffering the effects of the slow economy, but its brewing operation has been strong, reports Kelly Johnson in the Sac Biz Journal.

The brewery hasn’t been able to keep up with demand for its beer, and Rubicon’s owners are ready to diversify, especially as the craft-beer market is thriving and the restaurant business isn’t.

So Rubicon has leased 16,380 square feet at 885 Stillwater Road, near Ikea. Glynn Phillips, Rubicon’s majority owner, hopes to open the production plant in July with 15 to 25 workers.

Christmas Eve dining options around Sacramento - After managing the masses at the mall and stringing oodles of holiday lights, leaving the cooking to someone else on Christmas Eve couldn't be a better gift. A variety of Sacramento restaurants will be ready to serve with special holiday menus and extended hours in some cases. Chris Macias in the Sac Bee.

New Texas barbecue spot on Broadway - T & R Taste of Texas opened on Broadway near 36th Street in late October, and Chef Rodney Ray said he thinks the barbecue restaurant will be able to last in the spot that has seen several businesses come and go in past years. Brandon Darnell in Sac Press.

Albert Villanueva works unlikely side of restaurant business - Albert Villanueva is a foodie. He and his wife love going out to eat in their off hours. When he's working? He's visiting restaurants, too. He insures them. Blair Anthony Robertson in the Sac Bee.

Pooja Indian Grill: Eat, pray—and love - Despite its name, nothing needs to be left to the Almighty at Pooja Indian Grill. The chefs backstage and the servers out front have everything covered nicely. Pooja—prayer or worship in Sanskrit—is both the name of the West Sacramento institution and the daughter of the matriarch of this impressive Indian eatery. Greg Lucas in Sac News & Review.

Sacramento County adjusts zoning code for wineries - Hoping to assist Sacramento County to become a destination for wine tourism, the Board of Supervisors on Monday adopted zoning code amendments that will grant wine grape producers of a certain size the right to produce and bottle their own wine. Melanie Turner in Sac Biz Journal.