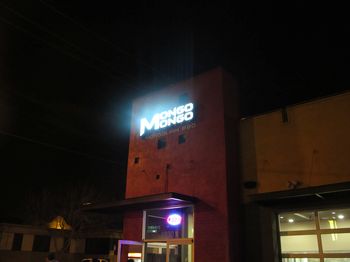 Much of the interior design still needs to be finished, Ng said, but getting the restaurant open and focusing on the food was the top priority.

“It’s kind of barren, but we’re working on it,” Ng said, adding that interior décor details are being worked out.

Read the entire story in Sac Press. (Note: Coming tomorrow is my Instant Reaction to the new restaurant.)

Fresher choice - Officials at Arden Fair mall are closing in on a deal to replace the Fresh Choice restaurant that closed Jan. 1 after 20 years at the Sacramento shopping center. Bob Shallit in the Sac Bee. (Third item.)

Track 7 Brewing Co. now open - Track 7 Brewing Co. opened Dec. 31, and co-owner Geoff Scott said he knew Sacramentans embrace new businesses, but the 1,000 people who showed up opening day – causing a line out the door for three hours – surprised him. The microbrewery and tasting room is located at 3747 West Pacific Ave. in Curtis Park and currently serves beer in the 30-seat tap room at the front of the brewery. The owners are working on partnerships to serve it at other local restaurants and bars. Brandon Darnell in Sac Press.

Dine Downtown: Tuli Bistro - one of the goals of Dine Downtown is to entice new people to come in and introduce them to the restaurant so that they will hopefully return in the future. Mission accomplished. My friend had never been before and looks forward to bringing her husband. We had both looked at the regular menu and found several items that we were interested in having... but that will have to wait for another day. Cathrine Enfield in Munchie Musings.