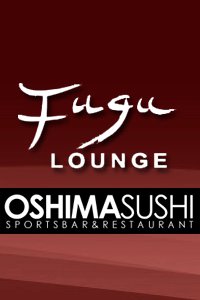 Brew It Up closed in August, and there have been rumblings that a new restaurant would soon take its place. Brandon Darnell in Sac Press has the scoop on the new venture.

Coyote Tap House, a new bar and restaurant serving Asian cuisine complemented by 50-60 beers on tap, is in the works to take the spot at 14th and H streets vacated by Brew it Up! last year...

The owners, brothers Ken and Ming Le, own and have run Oshima Sushi and Fugu Lounge in Natomas since 2004, Mamone-Werder said.

Dine Downtown: deVere’s Irish Pub - For our second SacFoodies Dine Downtown Restaurant Week review, we were invited to deVere’s Irish Pub in Midtown to check out its special menu for this week, which is $30 per person for three courses. Little did we know we were dining at the pub on its weekly Trivia Night, and it was packed with serious pub quiz players! After enjoying our first course outside due to the crowds, we managed to snag a table inside to finish the meal and check out the quiz. Liz Conant and Cecily Fuller on Sac Foodies.

Dine Downtown Preview: Restaurant Thir13en - Last year, select bloggers were given the opportunity to do a “preview” of the Dine Downtown Menu at the restaurant of their choice, so I gladly jumped at the chance to participate when they contacted me again this year.  I decided to go with Restaurant Thir13en, the newest venture from chef & restaurateur, Adam Pechal (owner & chef of the very popular Tuli Bistro, also participating in Dine Downtown Week). Like last year, I let the menu lead me and while both menus looked fantastic, there was something about Thir13en’s menu that drew me in and wouldn’t let go. Since I like to support new businesses, especially in this difficult economy, I wanted I’d give the “new kid” a try first. Kimberly Morales in Poor Girl Eats Well.

Restaurateur Mai Pham takes Star Ginger to Boston - Restaurateur-chef Mai Pham has worked her cooking magic in Sacramento since 1988, when she debuted Lemon Grass restaurant on Fulton Avenue. It continues to serve some of the best Southeast Asian cuisine anywhere. Allen Pierleoni in the Sac Bee.

Fresca Deli - They say that if life gives you lemons you should make lemonade. And if you have a restaurant whose concept doesn't work, you change concepts. Such is the case with Fresca Deli - formerly the downtown Freshii. Catherine Enfield in Munchie Musings.