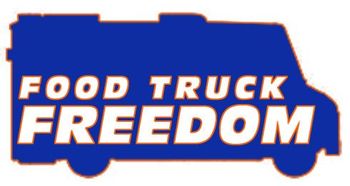 On the other hand, food truck operators are entrepreneurs who are trying to make a better living for themselves. As Drewski's Hot Rod Kitchen has proven, the food truck can be a stepping stone to a brick and mortar eating establishment.

But a new bill, AB 1678 by Assemblymember Bill Monning (D-Carmel), who happens to be running for state senate, goes too far. His bill prohibits mobile food trucks from selling within 1,500 feet of a school between 6 a.m. and 6 p.m. His stated rationale is that the food is unhealthy and the trucks could be a traffic threat to student safety.

While reasonable people can agree that food trucks shouldn't be allowed to sell at any time at any place, this bill looks like an attempt by restaurants to eliminate mobile food as competition, using childhood obesity and safety as an excuse.

To put this in perspective, this bill does nothing to prevent fast food restaurants from opening up near schools.

This issue received extensive coverage over the weekend. Here's the take by Jim Sanders in the Sac Bee.

If you're looking for a way to get involved, a new group Food Truck Freedom was created late last week to fight this new bill. Find them on Facebook, Twitter or Google + to get the latest.

Philadelphia Cheesesteak Co: Sacramento cheese-steak showdown - In the universe of food, it’s a question on a par with the existence of God and the meaning of life. And, like those timeless puzzlers, a definitive answer can be elusive. Perhaps, like the Holy Grail, the quest is more important than ultimate success. So who really serves the best Philly cheese steak? A final answer won’t be found below, but the results of some preliminary questing will. Greg Lucas in Sac News & Review.

Check it Out: Cantiga Wineworks Zinfandel - I was surprised and delighted by a unique Zinfandel I tried recently while dining at a favorite restaurant in Truckee called Pianeta. Kira O'Donnell in Sac Mag.

Looking back at Valentine's Day dining - In the restaurant business, Valentine's Day is known as "amateur night." It's the night when a lot of folks new to fine dining go out looking for a little romance, some good food and a pleasant experience. Sure, they might fumble the ball on occasion, like ordering a Diet Coke with sweetbreads, tipping $3 on a $100 ticket because that's all the cash they had left, or leaving behind their doggie bag like half of restaurant diners always seem to do. Blair Anthony Robertson in the Sac Bee.

Ruhstaller launches new brew - Ruhstaller, a local brewery in operation for about eight months, launched its newest beer this week, called Captain California Black IPA, and owner J-E Paino said Friday that the company is working on another brew, which should be available by summer. Brandon Darnell in Sac Press.

sign & submit a letter to legislators opposing this misguided piece of legislation: http://www.sactomofo.com/2012/02/tell-lawmakers-save-californias-food-trucks.html