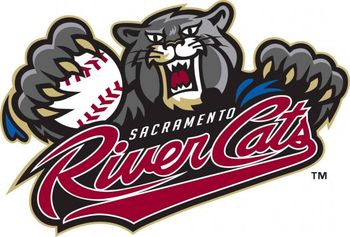 The first home game of the regular season for the Sacramento River Cats may not be until Friday, but that doesn't mean you can't check out the food that you'll be chowing down on at the stadium. Here are some of the highlights, per the Sac Bee's Allen Pierleoni:

Track 7 to introduce rye pale ale - Three months after opening, Track 7 Brewing Co. co-owner Geoff Scott said he is happy to see a mixture of new and returning customers, and he hopes a new beer coming out later this month will be received as well as the business has. The as-yet-unnamed beer is a rye pale ale. Brandon Darnell in Sac Press.

New restaurant serves families in Old Sacramento - The new Harvey House restaurant opens in Old Sacramento on Saturday, and co-owner Simon Mandell said it incorporates the area’s rich history while providing affordable family dining. “My wife works for the (California State) Railroad Museum, and she said the only complaint they ever get there is that they don’t have a good family restaurant nearby,” Mandell said. “Everything is either a bar or high-end dining or a hot dog.” Brandon Darnell in Sac Press.

Thriving Midtown produces problems with parking - Picture yourself driving on a bustling, lit up street on a weekend evening in Midtown Sacramento. You’re out with friends, family, or on your way to meet a significant other. The reservations have been made, the movie time agreed on, and only one burning question remains: Where can I park? Sarah Gladstone on Sac Press.

Dining in Davis: Pho King IV - Learning at an early age that food is as good as the ware in which it is cooked and the place in which it is eaten, I’ve always tried to parallel my habits of home with my preference of restaurants. It doesn’t matter if we’re talking McDonald’s or a four-star restaurant in the closest big city — ambiance and a tended-to setting matter. Pho King IV, the fourth addition to the Pho King chain, has this figured out. Isaiah Shelton in the California Aggie.

Kombucha bar eyes Hina's Tea space - Two Sacramentans are looking to bring a kombucha bar to the Midtown space that formerly housed Hina’s Tea by the end of July, if they can raise $50,000 via the Internet to launch. The drink, which is carbonated through a fermentation process, contains probiotics and a living culture, co-owner Joseph Melrose said, adding that the probiotics are good bacteria that typically are absent in the average American diet. Brandon Darnell in Sac Press.

This is what concerned me:

No wonder the hot dog I had at the A's v. Cats game was so terrible.