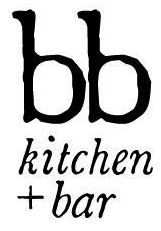 Blackbird Kitchen & Bar, a highly-anticipated new restaurant that opened this week, is proof that Sacramento’s dining scene continues to mature.

I spent two evenings there this week - Tuesday’s charity preview party and dinner on Wednesday.

On Tuesday, the place was predictably full, but not packed. Music was bumping from the back room and servers were giving out 1,200 free oysters and drinks from local breweries.  When we walked in, we noticed that the space had been totally transformed from the drab interior of a Thai restaurant to that of a modern and urban eatery. The room is split between two levels – a large bar downstairs with a sizeable communal table in the back, and a loft-style second floor with more traditional restaurant seating. As for the food that night, we had a couple amazing raw oysters that tasted like they had just been pulled from the sea, and well-prepared Oysters Rockefeller. We had a great time at the party, but how can you not have a good time when you’re getting free booze and oysters?

We went back the next day for their official opening night. We arrived at 7:30 p.m. and found the place to be almost full. The loud music had been replaced by a moderate buzz of diners chatting. Because the restaurant has hard floors and walls, and an open floor plan, this will never be the type of place that provides a quiet place to eat.

The menu has a bias toward raw food and seafood. The only meat on the entire menu was a burger.  The menu also wasn’t structured as you’d expect with salads and soups on top and entrees at the end. Instead, the menu featured seafood on top, raw foods next and the “main” courses at the bottom. If memory serves, our first selection was from the raw portion of the menu, with the other three from the “main” course section.

At the recommendation of the waiter, we started with an order of the Kona Kampaci and the clam chowder. 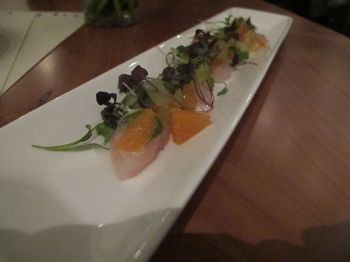 The Kona Kampachi ($9) was topped with citrus, cucumber, Thai aromatics and purple shiso. The fish was incredibly fresh – just like the oysters we had the night before. It reminded me of eating fish on my last visit to Hawaii. The acidity of the citrus augmented the flavor of the fish really nicely. I also enjoyed the addition of the pickled cucumber and the very minor hint of spiciness in the garnish. It was a very good dish. 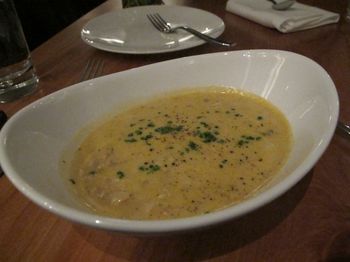 Next was the Applewood Smoked Clam Chowder ($6). The first thing you notice is the wonderful aroma of what I thought was bacon. The waiter quickly informed me that it was from the house-smoked clams in the soup.

Generally, when I have clam chowder, I classify it as either New England or Manhattan style. I’m sure there are others out there, but those are probably the most popular. I don’t think you could classify this soup neatly into either category. It’s really the chef’s own take on the concept of clam chowder. It’s a little sweeter than New England clam chowder is, and there seemed to be a hint of sour cream in it. The chef also didn’t skimp on the clams. There were clumps of clam in every bite. When we were done, we would have licked the bowl if we were at home. This was a great dish.

For our entrees, we ordered a fish dish and a pasta plate. 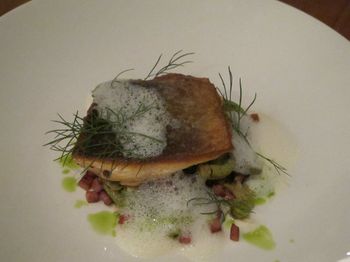 Our seafood was a Crispy Skin Arctic Char served with romanesco, fiddlehead ferns, ham nage ($16). I can’t say that I’ve ever had fiddlehead ferns (the curly greens in the picture), but I thought it was expertly prepared. The bed of diced ham gave a great salty flavor to the dish. One of the signs of a good chef is whether they can serve fish with a crispy skin. The skin on our char was indeed crispy. If I had a quibble about the dish, it’s that to my palate, the char could have used a pinch more salt. 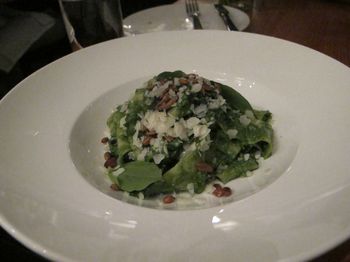 The other entrée was handmade paparadelle served with nettle pesto, Nicolau Farms aged goat cheese, fava greens and pepitas ($11). My favorite parparadelle is Ella’s. Their version of the dish is delicate and perfectly paired with a runny egg yolk. Because of my love of the dish at Ella, we ordered this pasta from Blackbird. We didn’t get what we were expecting, but it wasn’t a bad thing.

The dish had a very earthy or nutty taste. I’m not a cook, but my guess is that the something was added to the pasta to change its flavor. In the end, I think this dish best illustrated the chef's own take on food. The chef didn’t open her own restaurant to try to copy dishes from Ella. She created a menu that was very different, but still very tasty. 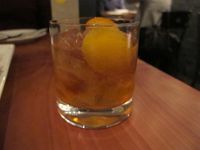 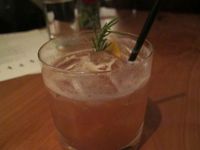 We also ordered a couple cocktails, each of which were $8.  We started with the Ginger Rogers (gin, lemon, sugar, mint) and the Dirty Swede (blackstrap rum, swedish punch, angostura bitters, lime peel), and later got a Sneaky Pete (bourbon, ampari, sweet vermouth, grapefruit, rosemary). All three drinks were both subtle but complex. If you like the drinks at Shady Lady or Red Rabbit, you’ll enjoy the drinks here. 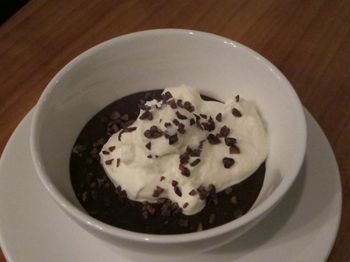 For dessert, they only had one option - Chocolate Pudding with a lavender moose, choco nibs and sea salt ($3). The choco nibs and salt provided texture and contrast and turned an otherwise ordinary dessert into a really special one.

We received excellent service for the first hour of our meal. Towards the end when the restaurant got busier, it became evident that they were still working out the kinks that any new restaurant has. Our last drink order was lost and had to be reordered, and there was a noticeable lag between when they cleared our entrees and when they asked us if we wanted to order dessert. After dessert, there was another noticeable delay before they offered to bring us our check. The entire meal lasted approximately 1 hour and 45 minutes. I believe that in time, their service will be much more like the attentive service we received at the beginning of our meal.

Our meal cost $61, not including tip. Blackbird comped us the lost drink order and the late dessert. While I wouldn’t call the entrée portions generous, there was more than enough food to get full on.

Overall, given that we were there on their opening day, we had a great meal at Blackbird Kitchen & Bar. It’s the kind of restaurant and atmosphere that you’d expect to find in the Bay Area, Portland or Seattle, and would be a great place for a first date. I definitely recommend trying this place out before everybody finds out how wonderful it is.

Blackbird can be found online at blackbird-kitchen.com, on Facebook,Twitter (@blackbirdflock) and is located at 1015 9th St. (between J and K streets).

Sacramento is defining itself. And Blackbird looks like they'll help with that.