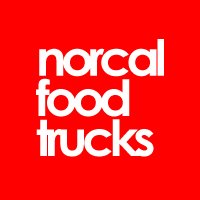 By now, we've all heard of SactoMofo -- the group behind those wildly successful mobile food festivals. But the most recent SactoMoFo, about half of the local trucks were missing. I'd heard grumblings that -- surprise -- it was about money, but Brandon Darnell seems to confirm it in Sac Press.

The group, Norcal Food Trucks (@EatNorcalTrucks), was started as both an alternative and a companion to the organization that has represented the food trucks so far – SactoMofo.

While SactoMofo is run by food truck advocates, Norcal Food Trucks will be run by the truck owners, according to Chris Jarosz, the owner of the Wicked' Wich truck and one of the organizers behind Norcal...

Another factor that likely played a role: money.

While SactoMofo was started as a nonprofit organization, the group more recently became a for-profit company and began to charge trucks referral fees for events it organizes.

Norcal, on the other hand, has no plans to charge trucks referral fees, according to Jarosz.

You can find Norcal Food Trucks at http://www.norcalfoodtrucks.com.

Firestone brings corner back to life - The developers of the Firestone Public House were beaming at a fundraiser Thursday introducing their new restaurant. After all the work — some of it coming at the last minute — the restaurant was in fine form for its debut. “We really like the way it turned out,” said Henry de Vere White, one of the owners. Mark Anderson in Sac Biz Journal.

Cafe Bernardo opens with an outdoor patio and longer menu - Most restaurants have signature dishes. If Sacramento has a signature restaurateur, it's the pioneering Randy Paragary. The "corporate menu" of the Paragary Restaurant Group includes Paragary's Bar & Oven, Esquire Grill, Centro Cocina Mexicana and Spataro. Add to the list four Cafe Bernardos, the newest one opening a couple of weeks ago downtown along the K Street mall. It's serving breakfast, lunch and dinner 7 a.m. to 9 p.m. weekdays, 8 a.m. to 9 p.m. weekends. Its menus offer more choices than its three siblings' menus. Allen Pierleoni in the Sac Bee.

Try It: Magpie Cafe's Sandwiches - There’s lots of good reasons to visit cheery Magpie Cafe - its vibrantly fresh, seasonally-inspired cuisine, yummy baked goods and brisk, warm service all combine to make this one of midtown’s most pleasing dining options. But one of my favorite excuses for popping into the teeny cafe is to wolf down one of its daily sandwiches. Kira O'Donnell in Sac Mag.

Middle East dish hot new thing after it's served up in 'Avengers' - OK, so we won't let it slip how "The Avengers" ends, but what's happening after the blockbuster is over? It's as if there's a secret script. Droves of movie fans are getting in their cars, getting out their phones and zeroing in on restaurants that serve a Middle Eastern dish called shawarma. Blair Anthony Robertson in the Sac Bee.

A look behind Sonic's Groupon test - The head of a Sonic franchise in Phoenix speaks about the group’s successful Groupon test and online order implementation. Alan J. Liddle in Nation's Restaurant News.

I'm a food truck owner, and SactoMoFo has given me 7 placements and has never asked for a fee... ?? Who says they charge "referral fees"? Who fact checked that