There are a couple restaurants on my culinary bucket list. In Sacramento, the only eateries that remain on the list are pricey prix fixe restaurants like The Kitchen. Recently, my wife and I were able to save up enough money to check one of these off the list – Ambience in Carmichael.

We had done our homework on the place. We had read wonderful reviews by Sac Bee Restaurant Critic Blair Anthony Robertson and Sac News & Review's Greg Lucas. We knew it had a Zagat food rating of 29 out of 30, tied for highest in the Sacramento area. And we knew it was expensive.

When we arrived, the place was bustling. It was a full house that night, the greeter informed us, but because we had secured reservations, there was no wait. The atmosphere was very elegant, with great mood lighting to make the restaurant feel very intimate.

The menu offered two choices – a seven course tasting menu for $75, or a five course meal for $55. We wanted to try as much of the menu as possible, so asked the waiter if we could order one of each. Unfortunately, the restaurant wouldn’t allow that since the timing of the courses would be ruined. (The person with the seven course meal would be served two courses while the person who ordered the five course meal would just sit and watch.) Since we were going all out, we decided to both order the seven course menu, and we split the wine pairing for an additional $45.

Instead of giving commentary on each course, let me instead show what we ate with comments below. Where there was more than one option per course, we got one of each, so some courses have more than one picture below. 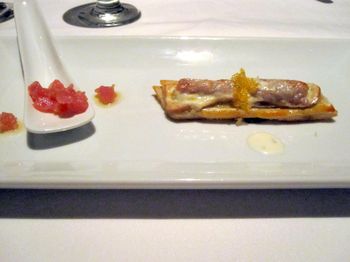 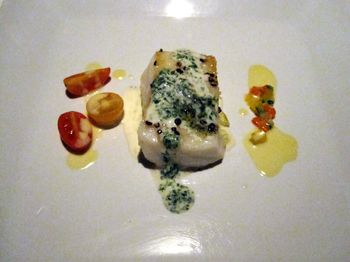 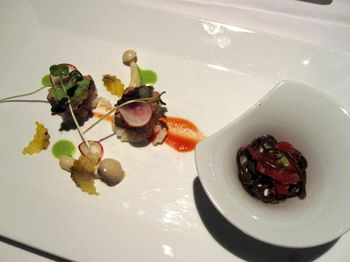 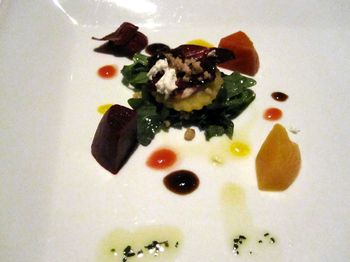 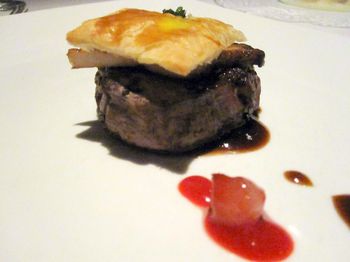 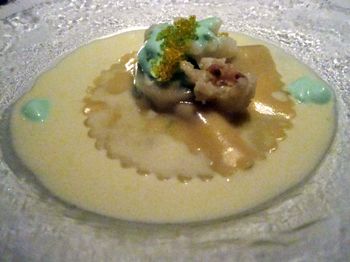 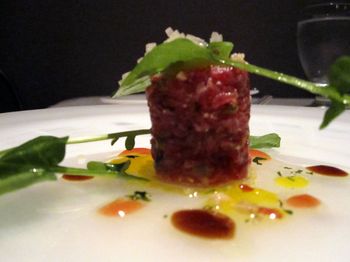 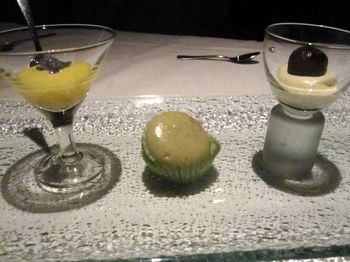 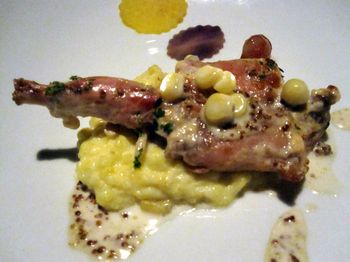 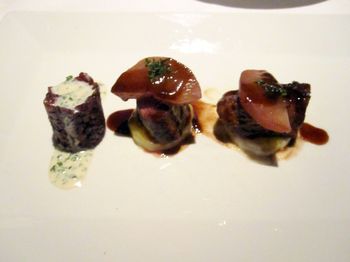 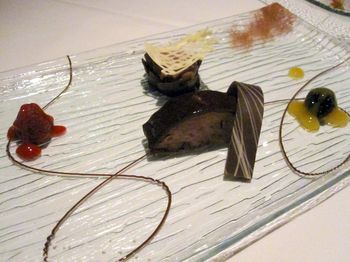 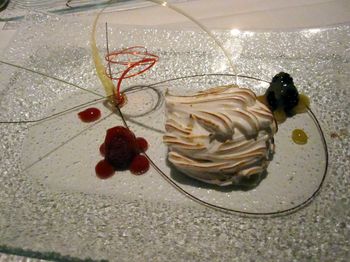 Food-wise, it was clear that chef Morgan Song is a master at what he does. Everything was executed flawlessly in a very classic style, and it was clear that attention was paid to every detail -- from presentation to great wine pairings. Our favorite items of the evening were the palate course (meyer lemon sorbet) and the sea bass and seared tuna with buckwheat pasta selections in the second course. (Here’s a tip – no matter how hungry you are, don’t eat the bread. Seven courses is a lot of food, and somewhere around course five, you’ll wish you didn’t eat the bread after the first course.)

But the meal is really about the experience. For us, the seven course tasting menu exceeded the length of time we could sit at a meal. We arrived at 7:30 p.m., and we didn’t leave until 10:15 p.m. At a normal meal, we’re in and out in 60 or 75 minutes. We really didn’t think about how long it would be, and weren’t ready for it. While the food was excellent, I don’t know that we’d order the seven course menu again. If we make it out to Ambience again, we’ll be doing the five course tasting menu.

The meal was approximately $250 for two seven course tasting menus, one wine pairing and two additional glasses of wine, including tax and tip. It was the most expensive meal we’ve ever had, and the food ranked among the best we had ever eaten. Unfortunately, due to its unanticipated length, the meal was much less enjoyable than other much cheaper (and faster) dinners we’ve had recently.

Ambience, located in Carmichael, can be found at http://www.ambiencerestaurantsac.com/.