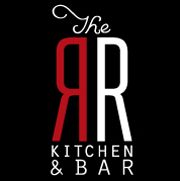 Every year, Sac News & Review polls their readers for their annual best of list. In past years, it's been heavily slanted toward chain restaurants. But recently, with a large number of independent restaurants flourishing in our city, the tide has turned. Here are a couple of the restaurant-related winners:

Best chef for Sacto’s new culinary wave: Michael Thiemann of Ella Dining Room & Bar - Say it five times and fast: “The chef chatted while chowing on cioppino.” Apparently, this is easier done than said, at least for Michael Thiemann, who called SN&R this past Thursday while also experimenting with a new fish stew. The Sacramento native said he’s busier than ever—but it’s not a handful, or mouthful, at least yet. Nick Miller in Sac News & Review.

Best restaurant for amazement and adventure: Chef Billy Ngo's Kru Contemporary Japanese Cuisine - The French Laundry’s Thomas Keller once wrote that as a chef, “you’ve got to make something that pleases you and hope that other people feel the same way.” This is one of those sayings that sounds so obvious, but is seldom practiced. Which is why it’s so exciting to walk into Kru Contemporary Japanese Cuisine restaurant and catch Billy Ngo helming the sushi bar: You just know he’s got a few surprises back there that he can’t wait to share. Nick Miller in Sac News & Review.

Inside the kitchen: Frank Fat's - Compared to the tranquil peace and order of the dining room at Frank Fat's, the kitchen is hot and often furiously busy. Chefs move with speed and precision in many directions at once, chopping pork, pulling steamed rice from a cooker, boiling pot stickers and arranging food artfully on plates. Mark Anderson in Sac Biz Journal.