Cowtown Eats
Mon Tues Wed Thurs Fri Sat Sun About
Buy One, Get One Free at Jamba Juice thru Wednesday
$10 for a Burger, Beer at KBAR on Wednesdays 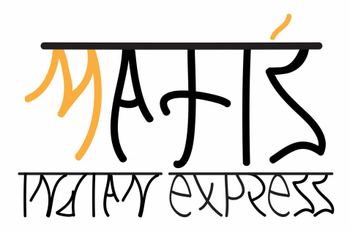 Mati's hasn't closed yet, but it will by the end of the month, reports Brandon Darnell in Sac Press.

Owner Ranjani Prasad said Monday that she’s shutting her doors for a variety of reasons.

“Even though our sales have not gone down, our costs have gone up,” she said. “People are not spending too much – they used to come in and get a two-item plate, but now they’re getting a one-item plate, and they’re not coming in as frequently.”

Many of the ingredients – notably the spices – are imported, and they continue to increase in cost. She said the mobile food trend has pinched business as well.

Don't worry, though - the owner will return to her job as an accountant for the state.

Time for Wine: Three local wine bars serve up mighty fine vino - Most of us have spent one or two memorable nights in a bar. Heck, some of you might be in a bar right now. The thoughts that the word “bar” conjure up are somewhat universal across America: the smells of beer and bleach, Jagger and Jimi playing too loudly on the jukebox, conversations shouted above the din about heartaches and conquests. Add the word “wine” before the word “bar,” however, and you get a whole different set of images: calm and considered discussion, creased trousers and boat shoes, the swish of ruby liquid circling an oversized glass. I traveled to three local wine bars recently to see if those clichés still apply. Here’s what I found. Featuring 58 Degrees & Holding, Revolution Wines and the Grand Wine Bar. Greg Sabin in Inside Publications.

Thai Paradise expands, along with Christina Mendonsa's Corner - One of our dining go-to's is Thai Paradise in Folsom, especially for its succulent, garlicky lemongrass chicken, which appears on the daily-specials whiteboard. Other diners like the restaurant, too, as evidenced by the out-the-door lines on Friday and Saturday nights. Its loyal clientele includes News10 news anchor Christina Mendonsa. There's even a corner table dedicated to her, complete with a publicity photo. It's known as Christina's Corner. Allen Pierleoni in the Sac Bee.

Great Finds for $5 or Less - Unless we’re talking Taco Bell, hot dogs or pizza by the slice, a $5 bill won’t get you far in Food Land. Or will it? Such was the premise of this month’s Dollar-Wise quest: Find five items for $5 (or less) that are both pleasing to the palate and plentiful enough to qualify as bang for your buck. Featuring Ambrosia 621, Oscar's Very Mexican Food, Cafe Bernardo, Charley's Grilled Subs & Roxy Restaurant & Bar. Cathy Cassinos-Carr in Sac Mag.

Former bakery may be reborn as kitchen shop, bistro - The owners of Eight American Bistro in Granite Bay want to rezone a building in Sacramento so it can be used as a kitchen shop, bistro and catering kitchen. For more than a decade, the building near Southside Park has been an office with residential uses upstairs. Mark Anderson in Sac Biz Journal.

VIDEO: 4 Sisters Cafe - Angel Cardenas hung out at the grand opening of a new restaurant in Roseville, 4 sisters. On Good Day Sac.