Dining News: Brewery to Open on Broadway this Month 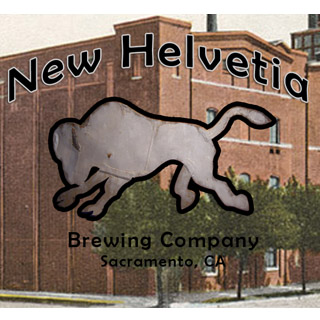 New Helvetia Brewery, a historic beer brand in Sacramento, is being revived and new owners will open its tasting room later this month, reports Mark Anderson in the Sac Biz Journal.

Developer David Gull started working in the project last year, and he submitted plans to the city in September 2011 with hopes of opening in the spring. But the old building needed a lot more work than originally anticipated. Most of that work is now done.

“It is an old building, but it does dress up very nice. I always thought it would,” Gull said.

You can see the tanks through the windows and the bar is under construction. Most of the building department punch list items have been completed. And, importantly, the operation has its license from the California Alcohol Beverage Control to brew and serve.

After the tasting room, the owners plan to add a kitchen and convert the space into a brewpub.

Enotria and Carpe Vino make the OpenTable Top 100 wine list - When you want a special bottle of wine with dinner, which restaurants are your go-to's? OpenTable has some suggestions, sort of. The San Francisco-based online restaurant-reservation company recently released its latest Diners Choice Top 100 Restaurants With the Most Notable Wine Lists. Allen Pierleoni in the Sac Bee.

Try It: Freshmed's Mediterranean Nachos - In the mood for something a little different? Check out the Mediterranean nachos at friendly FreshMed, located on Fulton Avenue. Triangles of pita bread are deep fried ‘till crispy, then loaded with chunks of chicken, lots of chopped parsley, sautéed sweet yellow onions and tomatoes. Kira O'Donnell in Sac Mag.

Ex-Fillmore manager buys Harlow's nightclub in Sacramento - Magical moments like these built Harlow's stature among musicians, their fans and even other club owners, so when owners Peter, Barbara and Danny Torza decided that after 30 years it was time to sell their midtown Sacramento venture, they found a buyer waiting. "We talked to (business broker Tricia Bernhardt) just to see what was out there," Danny Torza said. "She had someone who was looking for exactly what we had. We never actually put it on the market … 30 years go by, and all of a sudden, we have the perfect buyer that wants Harlow's to survive another 30." Cathie Anderson in the Sac Bee.

VIDEO: Burglar Smashes Through Restaurant Wall in Attempt to Steal Cash - A burglar smashed through a Sacramento restaurant wall in an attempt to get into a safe Monday morning. The break in happened at Asian Pearl on Stockton Boulevard near 65th Street around 1 a.m. Eric Rucker on FOX 40.