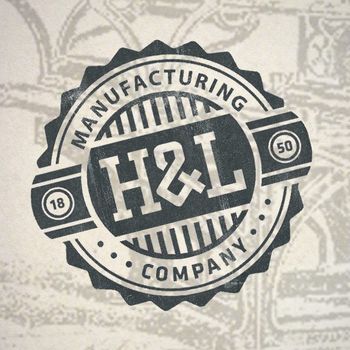 Hook & Ladder, by the owners of The Golden Bear, has been open nearly two months. How are they doing? Sac Mag's Catherine Warmerdam takes a look:

The handsome yet understated bar is the domain of beverage director Chris Tucker, who established himself as something of a bartending guru at the now-defunct L Wine Lounge. My aim during a recent visit was to see what behind-the-bar magic he had conjured up for his latest gig. What I discovered was a collection of cocktails, wines and beers that was creative and unpredictable without being off-putting (although I suspect customers will appreciate more detailed descriptions of the drinks on future versions of the menu).

Two of the cocktails I sampled—the smoky, mezcal-based De la Cenizas and the bright, citrusy Bashful Bliss, made from gin, Aperol and Maraschino Luxardo—were pleasantly balanced and, frankly, delicious. Hook & Ladder also offers “cheekies”: one-ounce shots (versus the typical one and a half ounces) of tequilas, bourbons and the like. The so-called social shot, says Tucker, “allows you to buy a round for you and your friends without it all going to your head.”

Looking for other takes on the place? Read the Sac Bee's early review, Sac Mag's Kira O'Donnell and Lisa Page on Girls On the Grid.

As for me, I've had lunch there a couple weeks back. Possibly due to the rain that day, the place was pretty empty. I found the food good, but not yet great. The fried chicken sandwich had potential, but was a little too ambitious with the number of tastes and textures it tried to cram into one sandwich. I really enjoyed the pizza we had, though. It's immediately in the top tier of pizzas in the area. I look forward to having drinks and dinner there again soon.

Piatti Ristorante has a new look, but what do you think? - The 20-plus-year-old Piatti Ristorante reopened last week after a four-month closure for a complete makeover, I reported in this space last week. We dropped by one recent weeknight for a looksee. The bar was jammed with well-dressed patrons (many of them regulars), the dining room was about half-full, and the servers rushed from the bar station to their tables, carrying glasses of wine and brightly colored cocktails. The place definitely has a sleeker, more contemporary look - though we've heard a few veteran customers call it "stark," "cafeteria-like" and reminiscent of a "dimestore lunch counter." Allen Pierleoni in the Sac Bee.

Dazzling Dogs at El Dorado Hill's Ruffhause Hot Dog Co. - There’s no lack of hot dog eateries in the Sacramento region, but each one I have encountered has been completely and charmingly distinctive. One of the most enticing of the bunch that I have visited recently is located in El Dorado Hills, in the swanky Town Center. Ruffhaus Hot Dog Co. has the feel of a cozy, quirky, and very welcoming English pub. Kira O'Donnell in Sac Mag.

New South Asian Eatery Slated For Natomas - The Sacramento Gateway is slated to welcome another new restaurant in the spring. Shalimar Restaurant plans to open at 3654 N. Freeway Blvd., Suite 320, in April 2013. The new Indian and Pakistani eatery will occupy a dining space which has sat empty since Johnny Rockets closed in May 2008. On Natomas Buzz.

Aria Mediterranean Bistro to open in historic Cranston Building - Local residents Glenn Haffner and Chris Campbell are thrilled to announce the February opening of Aria Mediterranean Bistro at 614 Main Street in Downtown Woodland. Executive chef and owner Glenn Haffner will bring his love of all things Mediterranean to a refreshed space inside the century-old Cranston Building. “Woodland is a great community, and we have always wanted to be part of the renaissance of downtown,” he said. “We see nothing but great things coming Woodland’s way!” On The Woodland Record.

The best and worst days of 2012 for restaurant business - Restaurants expect Valentine’s Day to be one the busiest days of the year and Black Friday to be one of the worst, but how would you expect the World Series to impact a San Francisco restaurant? How about Mother’s Day or the Fourth of July? Every restaurant goes through weekly and seasonal cycles, and most operators know whether Friday will be busier than Monday or if they should expect a busy December. Ed Chait in Inside Scoop SF.