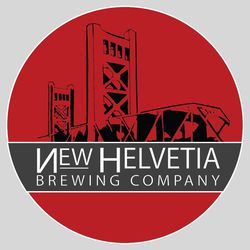 New Helvetia Brewing Company has been teasing us about an impending opening for a while. Originally, they were hoping to open in February, then October and November.

We shouldn't be too judgemental though -- opening any business/restaurant takes much longer than you'd think. Hopefully it'll be worth the wait.

For now, it's open Thursdays, Fridays and Saturdays from 5 to 8 p.m. They've yet to enter full production mode, but you can try some of their beers while they ramp up.

Review: Enotria Restaurant & Wine Bar - I’m pleased that Bruich has brought his unique talent back to Sacramento and found a home at Enotria, whose stellar wine program will be an excellent complement to the young chef’s creative and undeniably modern cuisine. If you’ve had your fill of farm-focused menus, jump on board Bruich’s Enotria Experience. Kira O'Donnell in Sac Mag.

Piatti Ristorante reopens in Pavilions with a new direction - Piatti Ristorante at the Pavilions center is back in business after a four-month closure for a makeover. What took so long? "We were going to do a small facelift, but instead we decided to completely expand the scope and redo everything," said Nick Dedier on the phone today. He's the Italian-themed restaurant's director of operations. His resume includes more than five years with the Thomas Keller Restaurant Group in Yountville. During that time, he ran Bouchon for a year and Ad Hoc for four years. Piatti certainly has a brighter, cleaner look. Allen Pierleoni in the Sac Bee.

Chops Steak, Seafood & Bar - Ensconced within the stradas and trellises of Folsom’s Palladio at Broadstone, Chops is approachable for those desirous of an upscale evening or simply dinner and a movie at the theaters next door. Kelly Soderlund in Style Mag.