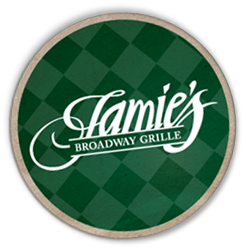 Jaime's on Broadway is one of those places that you just hear about. Friends rave about it. You've heard it's been on TV, but when you drive by, you're not sure if you're at the right place.

Sac Bee restaurant critic Blair Anthony Robert assures you that you are.

Jamie's is about the food, the clientele, the friendly but unfussy service and a jovial, hearty spirit that isn't trendy and doesn't go out of style. Jamie's isn't fancy, but neither is it cheap. Pay attention to the specials, scribbled in bright marker on a small board. Some, like the massive smoked prime rib and the barbecue platter on Fridays, cost $29.95 and $25.95, respectively.

So why are we here? And why are we reviewing a place that is already too beloved and too famous to accommodate all its admirers? We simply want to see how this old-school joint stacks up against some of the area's best newcomers. Is Jamie's burger, for instance, as good as the burgers at Bacon and Butter, Juno's or Formoli's? Not quite. Can its much-lauded clam chowder hold its own with the smoky, rather amazing chowder at Blackbird downtown? Again, no.

But pound for pound, year after year, there may not be another restaurant that does more great cooking, is more sincere and less showy about it than Jamie's on Broadway.

Read the entire reivew in the Sac Bee.

Enotria's new GM: Looking to bring stability, maintain excellence - Earlier this month, Enotria hired a new general manager, Jenny Yun, whose assignment will be to bring the right balance of excellence and casual fun to the dining room while providing a sense of stability and cohesiveness to what may be Sacramento's most exciting restaurant. "I think it was meant to be that I was to meet Chef (Bruich) and come to Sacramento," Yun said. "We're both focused, we're passionate and we love what we do." Blair Anthony Robertson in the Sac Bee.

Mighty Kong Cafe closes its doors, but the bakery lives on - The well-used meat smoker is still on the fenced-end back patio, but the signs on the windows and the locked front door of the Mighty Kong Cafe on Stockton Boulevard tell the story: "After three years of good food and service, it has come to an end." The official closing date was May 2, but we dropped by this morning anyway and knocked on the door. No answer. Allen Pierleoni in the Sac Bee.