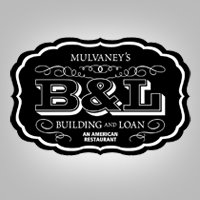 Based on hundreds of interviews and "the isolation of GI Norovirus (rare strain) in at least one patron and two restaurant employees,...data strongly suggests that ill food handlers who prepared, served or plated food" at Mulvaney's "may have contaminated the food," says a Sacramento County Public Health Division obtained first by Cowtown Eats.

Among the highlights of the report:

The outbreak was first reported by the Sacramento Bee in March.

Per the county report, "norovirus can be transmitted person-to-person by the fecal-oral route and spread through contaminated airborne droplets, food, water, environmental surfaces and fomites. It has been estimated that 50% of all norovirus outbreaks are linked to food-service workers."

Even after reading this report, I will eat at Mulvaney's again and hopefully, soon. In my estimation, this was a case of bad luck (likely a sick food worker causing the illness) and not an indictment of their sanitary conditions.

In addition, they did everything right after the fact. I've heard reports of them taking care of the diners who ate there and got sick, they self reported to the county instead of trying to hide the outbreak, and based on interviews at the time, the executive chef was genuinely mortified that people had gotten sick at his restaurant.

I'm a fan of the restaurant. I'm a fan of the owners and the great work they do in the community (such as at Plates Cafe). I'm not going to let this unfortunate incident detract from that.

I've reached out to the restaurant on Monday (Memorial Day) to see if they have any comment. If/when they get back to me, I'll update this post.

Read the report for yourself below.