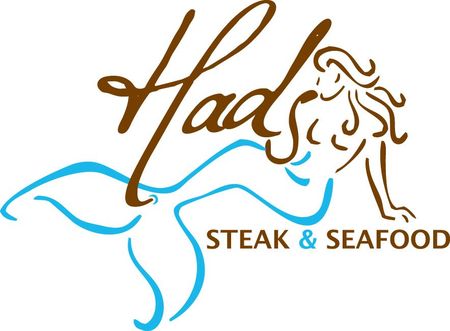 Hads Steak & Seafood, which opened on J Street in late 2010, has been sold, closed, and a new restaurant is replacing it,

Per the Sac Bee's Bob Shallit:

...[Bret] Bair, who also is an investor in the LowBrau beer house on 20th street and a partner in a new venture, Tank House, set to open this summer at the former site of Hads Steak & Seafood restaurant at 1925 J St.

I've spent the last couple days trying to piece together what happened. According to online reviews and postings, it looks like it closed in early May. On their voice mail at the restaurant, the message says:

You've reached Hads Steak & Seafood. We have been sold, and we are no longer open, but we appreciate your patronage...Come back in a few months and see the new restaurant that will be here.

I reached out via Facebook to the owners, but haven't heard back. If you know anything, please share it below. Otherwise, I'll update when I hear back.

The lager comeback: Ruhstaller brings history to life with the return of Gilt Edge - Mission accomplished. Paino partnered with Winter’s farmer Sean McNamara to plant the first acre of hops to hit the Sacramento region in over 30 years at the California Center for Land-Based Learning. Now Ruhstaller can boast their own farm, the New Ruhstaller Hop Farm, located off of I-80 in Dixon. All of the ingredients that go into Ruhstaller’s beers are produced by two local farmers. A recently-added feather in Paino’s cap is last week’s release of their Gilt Edge Lager, which is now available in bottles at select Sacramento outlets – including Nugget, Corti Brothers, and Compton’s Market. Ruhstaller will host Hop Off the Grid on Thursday, June 6 at the New Ruhstaller Hop Farm to celebrate the release. Allison Joy in Sac Press.

Railroad museum foundation bails on Ales on Rails because of heat - The Ales on the Rails fundraiser scheduled for this Saturday was canceled for extreme heat. The California State Railroad Museum Foundation decided to cancel the event because the historic train cars are enclosed and do not have air conditioning. The event was to feature beers from Track 7 Brewing Co. Mark Anderson in the Sac Biz Journal.

My Thai Table: A Refined Taste - The Quarry Ponds Town Center in Granite Bay has seen a welcome addition with the opening of My Thai Table. Kelly Soderlund in Style Mag.

Grape Expectations: Downtown & Vine brings the wine, and the lingo, closer to home - Do you have those days when you just need a glass of wine—or two, or three—and you don’t feel like driving all the way up to wine country? Gregg Lamer and Kate Chomko, co-owners of the multi-winery tasting room Downtown & Vine, know the feeling. “We want to bring wine country to the city,” Lamer says, surrounded by glistening bottles of various varietals from the 12 regional wineries represented at Downtown & Vine. “We want to represent the grape the way it should be and tell the stories of the 12 wineries we work with so people intimately know each wine—sharing knowledge is what it’s all about.” Jessica Laskey in Inside Publications.

VIDEO: The Rind - It is a place where you can try a variety of cheese as well as enjoy a few drinks. Amy Carabba checked out "The Rind" in downtown Sacramento. On Good Day Sac Part 1 | Part 2.