Dining News: The Rind is 'Off to a Promising Start' 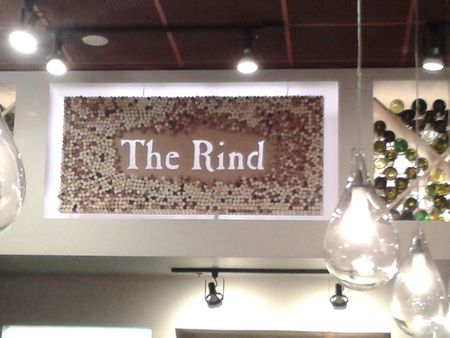 The Rind, the new cheese-based hot spot at 1801 L Street, opened a few weeks ago to much buzz. (So much so that the Sac Bee e-mailed out a Breaking News Alert that the restaurant had soft opened a day early.) You can read my Instant Reaction to The Rind.

Now that a couple weeks have passed, the Sac Bee restaurant critic gives us his first impression.

The grilled cheese sandwich and mac and cheese were tasty but could use a touch more sophistication...

The Rind is off to a promising start. With a few price tweaks, attention to detail and a gradual cooking upgrade, this place could become a gem for more of the people more of the time.

Monte Carlo changes hands - Sacramento's Monte Carlo Club has a new owner after 76 years in the hands of a single local family. Restaurateur and nightclub operator Bret Bair recently paid $625,000 to buy the downtown bar and two adjoining lots from the Guastalli family, which has run the business at 15th and S streets since 1937. Bob Shallit in the Sac Bee.

The Beer Run: Sierra Nevada still the gold standard for craft beer - I recently drove 90 miles to Chico to take the public tour of the Sierra Nevada Brewing Co., hoping to get a sense of how a pioneering brewery that grew up and got huge could still be so true to its original mission. I figured a tour of the facility would allow me to soak up the story, see the brewery up close, witness all those hallmark quality controls and, hey, try a few really good beers. Blair Anthony Robertson in the Sac Bee.

Crepe Escape owner discusses possible arson and hope for the future - Three fire investigators are looking into what caused the fire that burned down Freeport Boulevard’s Crepe Escape in the early morning hours of Monday, April 29. Restaurant owner Francesca Zawaydeh said they don’t really know what happened, but said: “Arson is harder to prove than murder. There’s not much hope finding the person who did it.” Zawaydeh feels remorse for not only herself and her family but for the 17 employees who worked at Crepe Escape. “We left 17 people without a job. A lot of them have families. A lot of people who worked for us cried. There were a lot of tears going on … Whoever did this didn’t realize this will leave a giant hole in a lot of people’s lives,” she said. Monica Stark in The Land Park News.

Audio: Friday Food Featuring Evan's Kitchen - Tucked away in a unique spot in East Sacramento is Evan's Kitchen, offering a wide variety of food from the perfect breakfast to the most elegant dinner entre. Chef Evan Elsberry has more than 30 years experieence in the restaurant industry. On KFBK.