Dining News: 'One of the Great Up-and-Coming Restaurants' 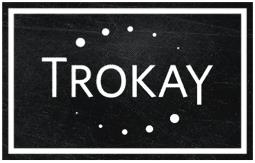 In this week's review, Sac Bee restaurant critic Blair Anthony Robertson goes off the beaten path and finds what he calls "one of the great up-and-coming restaurants in Northern California."

This is where I found myself, 75 minutes from home, stepping into a large, rustic-meets-elegant room on the main drag of Truckee, a quaint mountain town with little reputation for culinary wizardry. I was looking at a menu so enterprising – eclectic, forceful, rife with technique both classical and cutting edge – that the results would have to be a magnificent achievement or one very major mess...

A selection of entrees that includes a Wagyu rib-eye with locally foraged mushrooms, a strip loin of lamb with crispy eggplant, and on and on – pork belly, black cod, wild boar, deep-fried rabbit and suckling pig. There’s cauliflower and sea urchin, roasted bone marrow with ultra-rich brioche toasts.

A wine list curated for balance in price point, nuance and pairings potential. A beer selection that could rival some serious craft beer bottle shops.

Even the coffee program – yes, coffee — is meticulously thought out and executed with great care.

This is Restaurant Trokay. It’s the dream – and the life – for young powerhouse couple John and Nyna Weatherson, who have come out of nowhere to stake a claim as one of the great up-and-coming restaurants in Northern California.

Award-winning blogger prepares foraged feast for food literacy - James Beard Award-winner Hank Shaw, a Sacramento food writer and chef, will prepare an intimate feast to benefit children's food literacy education on Aug. 31. Ingredients for the five-course meal will be foraged from the backyard farm of Amber Stott, founder of the California Food Literacy Center. He'll pair courses with local wines and craft beers, and it will all take place in Stott's manicured yard in East Sacramento. Janelle Bitker in the Sac Bee.

Farm-To-Fork campaign natural fit for Sacramento - It usually takes hundreds of outgoing phone calls and meetings to get people and companies involved with a marketing campaign, but in the wake of Sacramento's launching itself as America's Farm-To-Fork Capital, people are calling into the Sacramento Convention & Visitors Bureau to get on board, said Steve Hammond, president of the bureau...Restaurateurs, farmers and hoteliers are all interested in the notion of highlighting the area's historical roots and its current status as supplier of produce to world. Mark Anderson in the Sac Biz Journal.

Restaurant building sales include El Tapatio, OZ Korean Barbecue - Two restaurant properties have new owners, but only with one will there be a noticeable difference from the outside. A former El Torito outlet at 5637 Sunrise Blvd. will become Oregon eatery El Tapatio’s first Sacramento-area restaurant, after the company bought the 10,000-square-foot building for $950,000. Ben van der Meer in the Sac Biz Journal.

VIDEO: El Dorado Bar Fight Pits Poor Red's Owners Against Former Employees - A bar fight taken outside as protesters picket a landmark bar in El Dorado County. When CBS13 tried to get the other side of the story, the owner kicked us out. On KOVR.