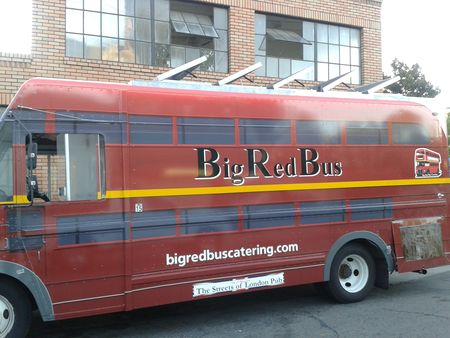 Food Truck Drive By is a new feature where I give a quick review of an item at a food truck.

Big Red Bus, the mobile food vehicle owned and operated by the Streets of London pub, launched about a month ago. I caught up with the food truck styled like one of London's double decker bus at New Helvetia Brewery on a recent Friday.

I spotted the food truck on my way home (where dinner was already being cooked) and I asked the order taker for their best dish that wouldn't fill me up. He immediately suggested the Asiadilla. The cheese and tortilla part of the quesadilla was well done. I really enjoyed the concept of mixing Asian flavors with a quesadilla. The addition of cole slaw into the quesadilla gave it a great crunch in the middle of the cheese. But there really should have been some protein in a dish that cost more than a $5 footlong. 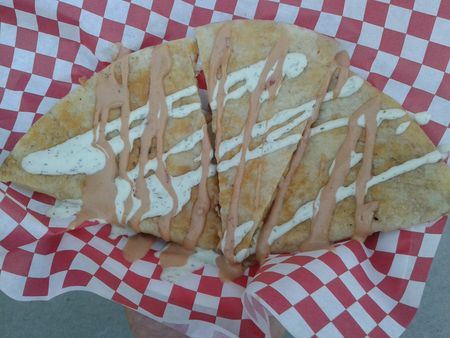 At $6, this dish was probably cost a dollar or two more than it was worth, but it was good enough that I'd go back and try their $9 fish and chips.

BTW: I asked what the Asiadilla had to do with traditional English pub food. They were honest - nothing. The only mainstay on their menu is the fish and chips. The other items are based on the whims of the chef.