Cowtown Eats
Mon Tues Wed Thurs Fri Sat Sun About
Buy One, Get One Free at Starbucks Thru Sunday
Dining News: Paesanos Midtown Closed for Rennovation, to Reopen on Tuesday 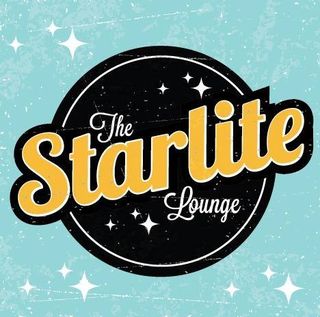 Starlite Lounge is on my list of places to try. In addition to a cool retro bar feel, they've brought in the culinary talent from Papa Dale's Diner to serve food, much like many food trucks have partnered with bars to provide drunk patrons with sustenance.

Almost everything on the menu is either fried or accompanied by a creamy sauce, which makes for a heavy meal, but also makes for perfect bar food. The What a Pickle appetizer, for example, comprises cornmeal-dusted pickle chips served with a garlic-dill dip. The chips are perfectly fried and great with drinks, with or without the dip. The Tara-Dactyl Wings are three chicken drumsticks that have been slow-cooked and brick-seared. This translates to moist, flavorful meat, with not a hint of grease. The cherry-chipotle sauce that accompanies it is a bit thick, but makes for an interesting combo of spicy and sweet...

The food truck occasionally parks in front of the Starlite for a mobile lunch, so check the Papa Dale’s website (www.thedinertruck.com) for daily offerings, but don’t skip the offerings inside. They’re just right with a side of Pabst Blue Ribbon beer.

Krispy Kreme coming to Sacramento, so you can get your fix - Need your fix? A new Krispy Kreme Doughnuts store will open Nov. 19 at 5900 Florin Road in Sacramento. The Florin store will be supplied by the Roseville Krispy Kreme location, which has a Kreme Machine, the massive automated device that makes donuts. Mark Anderson in Sac Biz Journal.

Auburn entrepreneur taps into craft beer craze -- and looks to set a world record - Stop by his Power Club Brewery in downtown Auburn and he’ll introduce you to TapZilla, his patent-pending dispenser with 110 taps. And those taps pour 110 beers, all brewed by Lee. He’s confident it’s never been done before...Guinness World Records is in the process of verifying his application for “Most handcrafted microbrewed beers brewed on premises by a single master brewer and served on tap.” Guinness confirmed that no one has attempted to set this record before. Janelle Bitker in the Sac Bee.

Beer Run: The art, science and confusion of pricing beer - You’re at your favorite retail beer place, looking up at all the shelves – the bottles, the styles, a plethora of labels and names cool, clever and otherwise. There’s a lot going on, no doubt. But what’s going on with the prices? Blair Anthony Robertson in the Sac Bee.

Togo's adding stores in Sacramento - Togo’s Eateries Inc. plans to add locations in California, including stores in downtown and midtown Sacramento. The San Jose-based sandwich company has more than 230 Togo’s restaurants in California, and this week it announced it has signed development agreements with new and existing franchise operators to open two restaurants in Los Angeles, two in Sacramento and single new locations in units in San Jose, Santa Cruz, Riverbank, El Centro and Petaluma. Mark Anderson in Sac Biz Journal.