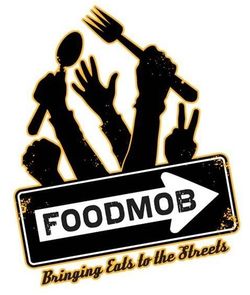 In September, the Sacramento Airport started looking for food trucks to serve food at the cell phone lot, where there could be hungry people waiting for their friends or relatives to arrive.

At that time, I wrote that it'd be hard to imagine a food truck going there full time, but that it's more likely that a consortium of food trucks would take turns at the cell phone lot. Turns out, that's exactly what happened.

Food Mob, a group of food trucks including Orale Mole, Gyro King, Luciano's Gelato (serving coffee) and Slightly Skewed, will send trucks to the lot on select days through the end of the year. Food Mob says that more food trucks will be added as the trucks get approved by the airport.

Currently, the trucks scheduled to be at the cell phone lot are Luciano's Gelato on Monday, Dec. 2 and Gyro King on Thursday, Dec. 5 from 11 a.m. to 3 p.m.

While I'm excited that the airport and food truck industry are looking for ways to work together, I'm still skeptical that there will be enough volume to make this work. I've been to the airport more than 45 times this year (mostly for work), and I honestly don't even know where the cell phone lot is. Maybe it's not aimed at me since I'm driving myself to and from the airport and not picking somebody up, but it would be a pleasant surprise if this ends up working out.

For another account, check out Allen Pierleoni in the Sac Bee or Marianne Russ on Capitol Public Radio.

Toy Drive and Happy Hour to Benefit WEAVE - Love to party with a purpose? Then join the Handle District, Midtown Business Association, 58 Degrees & Holding Co. and Girls on the Grid as we help fill WEAVE’s annual Holiday Toy Shoppe! On Girls on the Grid.

Body found off coast confirmed as missing Roseville restaurateur - The Mendocino County Coroner's office has confirmed that the body found by divers Sunday in the Pacific Ocean near Gualala is Stephen Pease, a missing Roseville restaurateur. Pease, owner of Sammy's Rockin' Island Bar & Grill and several other Roseville businesses, was last seen Nov. 3 when he checked out of a Fort Bragg motel and drove off in a rental car. Ed Fletcher in the Sac Bee.

Bringing back coffee to Riverside Boulevard: Vic’s Café to serve Temple Coffee and Old Soul baked goods - The 3100 block on Riverside Boulevard has a recent history of coffee shops that have come and gone. Central Valley Coffee used to be the neighborhood go-to place for a hot cup of java. Also, there was a small coffee bar inside Land Bark Pet Supplies that closed in 2010. To fill the void, Vic’s Ice Cream owner Craig Rutledge is opening up Vic’s Café next door to the parlor, where he will be serving up Temple Coffee and baked goods from Old Soul. “The beauty shop (Artisan) moved across the street and there’s no coffee shop anymore on Riverside. There isn’t anything around here,” Rutledge said. “The closest decent coffee place is Espresso Metro. And we just have the Starbuck’s on Freeport and the one inside Target. And we have the La Bou on Sutterville (Boulevard) and Land Park (Drive).” Monica Stark in Land Park News.

Cathie Anderson: Sacramento candy shop sprints to opening day - For just a moment, candy connoisseur Andy Paul has forgotten that he is sprinting toward the opening of his sweets shop at the 800 J Lofts building by Dec. 6. Paul is completely focused on describing the delights that customers will find at Andy’s Candy Apothecary: “There’s this guy called Barlovento, and he’s out of Oakland. One of the first chocolates I’ve tried of his was a fresh mint chocolate truffle, and I bit into it, and I was tasting fresh mint in this crazy way that I’d never had before, and I said, ‘How do you do that?’ And he said he doesn’t use peppermint oil, which is what a lot of peppermint chocolates taste like. They taste kind of medicinal, you know. He steeps mint leaves in cream, and then he uses that cream to make the truffle center, and you get this crazy, fresh mint." Cathie Anderson in the Sac Bee.