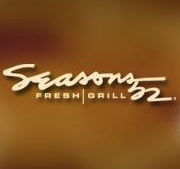 Sac Bee restaurant critic Blair Anthony Robertson seems to take issue with both the portion sizes and the quality of their cooking.

During that same dinner, three of us ordered main dishes that simply didn’t hold up – for flavor, for cooking technique, for quality – at this level of dining and at this price point. The grilled shrimp with cavatappi pasta ($19.50) was the best of the bunch, mostly because the ample shrimp had a tasty sear that imparted additional flavor. The pasta was average and there was little seasoning or sauce to pull it together.

The lamb dish whetted my curiosity, for I wondered how they could pull off something rich and possibly decadent like this with a calorie limit. Thanks to a little bit of magical misdirection, the kitchen balanced the plating by stretching out the asparagus (overcooked and limp) across the plate, tucking the tiny serving of lamb on one end, then plunking down a dollop of mashed potatoes and a sweet balsamic reduction. It was a noble effort to trick the eye, but for $26.95, it added up to one of the dullest and skimpiest lamb dishes I can recall.

I went back and re-read my blog post on the place after my initial visit, and after multiple visits, I think it still stands. The restaurant's at the mall, and it's good for what it tries to be.

Addio, Michelangelo - This columnist wasn’t able to reach the new owners, Mark and Carol Hoyt, but word is that they are restaurant industry veterans who plan an American bar and grill called Easy on I at the midtown location. This will include corned beef and other marinated meats for salads and sandwiches. Cathie Anderson in the Sac Bee. (Third Item.)

Diners mourn closure of Greek Village Inn - Restaurateur Leo LaGesse reluctantly closed his Greek Village Inn at 65 University Ave. in November as a weak dollar and slower traffic made the cost of imported foods prohibitive. LaGesse told me: “We couldn’t expand. We were disappointed when Swanson’s renewed their lease next to us. We were going to take over that space and open up a bar, get another 1,400 square feet. That would have given us the potential to put a full bar in there. ... If you look into the places at Fair Oaks Boulevard now, just look at Ruth’s Chris when they did their cocktail hour. Their business has really increased with cocktail bars.” Cathie Anderson in the Sac Bee.

Want food with your fries? - While reviewing the new downtown Korean restaurant, Aura, I was gobsmacked by the Crazy Fries, and not just because they are the gaudiest culinary creation to hit Sacramento since Guy Fieri. What struck me was that, once again, I was eating food on fries, something that until relatively recently a gourmand had to go to Canada, San Diego or Old Sacramento to enjoy without stomaching the stink eye from those around him. Ed Murrieta in the Sac Biz Journal.

Brunch Break: Mama Kim's - This had actually been my second time brunching at Mama Kim's. I love the food truck food, the brunch, so it's really only a matter of time before I get around to dinner there.  After such a fabulous brunch, it causes me to wonder - why am I taking so long? Catherine Enfield on Munchie Musings.

VIDEO: Bacon Mania - We hope you're hungry... because we're serving-up bacon on this Food Truck Sunday! Cody's outback with the owners of "Bacon Mania." On Good Day Sac.