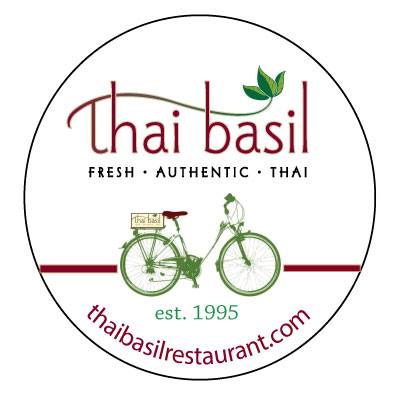 There are a lot of Thai restaurants in Sacramento. Some blocks even feature more than one. But which one's the best? People commonly say Thai Basil, which now has locations in midtown, Roseville and Elk Grove.

Of course, one of the true highlights of Thai Basil is its homemade curry pastes. These carefully balanced constructions of basil, lemongrass, shallots, chilis, kaffir lime leaves and numerous other ingredients come together to form truly authentic pastes that, when roasted, have been known to drive hungry Sacramentans into a berserk craze. (Very tragic. People have died from this, or so I hear.)

On that note, the green and red curries should not be missed. Both are achingly sweet and savory on numerous levels: Herbal, grassy, toasty and tossed with chicken or shrimp and served over jasmine rice, there can be no better way to enjoy lunch on a chilly December day...

All and all, Thai Basil has earned its reputation and will likely continue to keep it for years to come.

Crepeville in midtown closes for maintenance - Crepeville, the popular eatery in the heart of midtown, has closed temporarily for routine maintenance...Masoud said there is no need to fret. Crepeville will be up and running by the beginning of 2014, at the latest. Blair Anthony Robertson in the Sac Bee.

Shipping-container design too raw for midtown Sacramento - There will be no oom-pah-pah heralding the opening of Der Biergarten at 24th and K streets, planned for early January. You’ll merely hear beer steins clinking and drinkers conversing, followed by the sound of customers dispersing to an early curfew. A prohibition on live music and amplified sound, along with an agreement to close earlier than many Starbucks do, are but two concessions that cleared the way in midtown to build Sacramento’s first outdoor beer garden, a first-of-its-kind construction project in the Sacramento region, using industrial shipping containers. Ed Murrieta in the Sac Bee.

Coyote Tap House seeking new deal from city - Four months in arrears on rent, the owner of Coyote Tap House on 14th Street in Sacramento will have a new lease agreement scrutinized by the City Council Tuesday night. According to the agenda item, Ken Le began missing rent payments in August, but with council approval would be on a repayment plan for the unpaid rent over the next seven years, with an interest rate of 3.25 percent. Ben van der Meer in the Sac Biz Journal.

007 Fish & Chips Opens Tomorrow in Natomas - A new fish and chip restaurant opens in Natomas on Wednesday. The owners of 007 Fish & Chips have confirmed the new eatery will have a soft opening with limited menu on Dec. 18. On Natomas Buzz.

Roseville Wondering What's Next For Sammy's Rockin Island Bar & Grill - It's been almost three weeks since Roseville developer Stephen Pease was found dead in the Pacific Ocean, and the big question now is what's next for his now-closed restaurant. On CBS 13.