Actually Sprinkle-Strong chronicled the whole adventure on her Facebook Page. 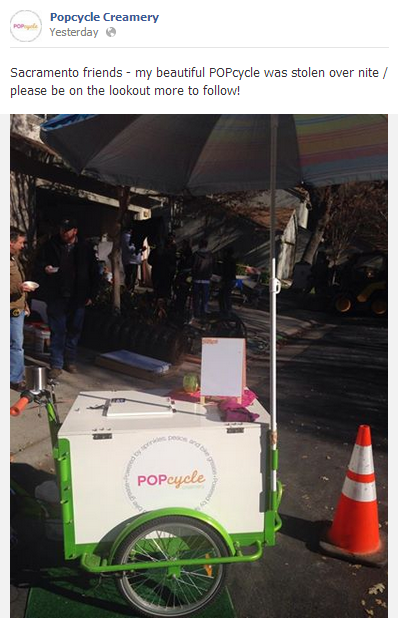 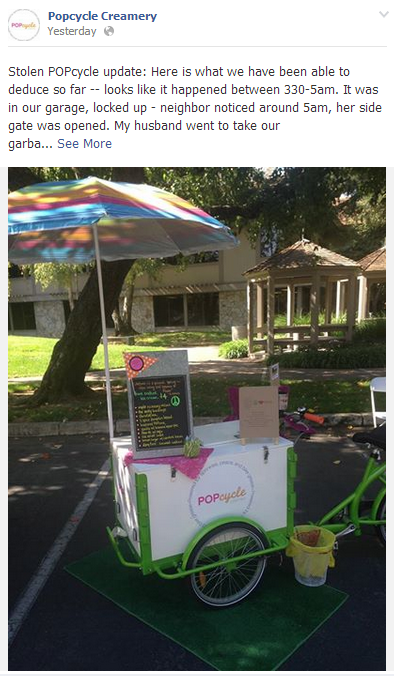 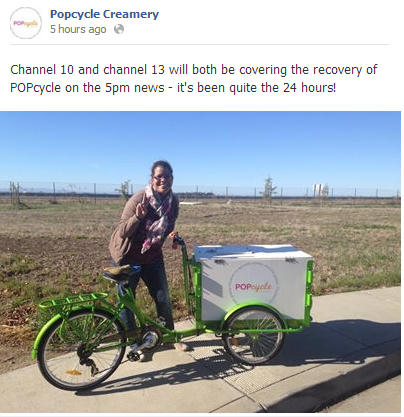 The bike locked up in a locked garage, so it was seemingly well protected. According to the CBS 13 interview (above), the bike was missing its tires, bike seat and pedals, but the rest of the bike was in tact.

Watch the video above for more info, and find Popcycle on Facebook at Facebook.com/PopcycleCreamery.

Dine Downtown Week - I have already enjoyed two Dine Downtown menus: Esquire Grill and Downtown & Vine. Downtown & Vine offers a nice range of choices on their menu, complete with a dessert and drink pairing to round out the meal, a great deal for the price. We were very pleased with our meal and will be returning again. Amber Stott on Awake at the Whisk.

Dine Downton at Esquire Grill (1213 K Street) -  I have been to Esquire many times in the past so I had some pretty high expectations going in for the Dine Downtown dinner. The choices on the menu were very impressive, which made it really hard to decide what selections to go for...I would add Esquire Grill to your list of places to visit over the next week for Dine Downtown! Kelli Breton on Girls on the Grid.

AUDIO: Friday Food Featuring Capital Dime - Capital Dime, a restaurant specializing in New American style cuisine - and wants to bring the most fresh food to the culinary scene. They're trying to bring the farm to the fork. The driving force behind Capital Dime is certainly no new-comer, though. Executive Chef Noah Zonca spent 20 years at the helm of The Kitchen, one of Sacramento's most prestigious restaurants before he launched out on his own. Visit Capital Dime at 1801 L Street. More information for Dine Downtown Restaurant Week can be found here. Kitty O'Neal on KFBK.