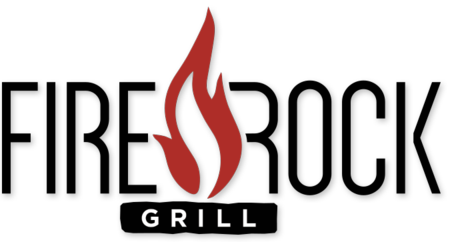 Sheepherder Bar & Grill inRancho Cordova closed on Dec. 31st (with an all day happy hour) and will reopoen in early Feb. as Fire Rock Grill.

The follwing message has been on their answering machine for the last couple weeks:

Thank you for calling the historic Sheepherder restaurant on Folsom Blvd. in Rancho Cordova. We are currently closed for remodeling and will reopen on Feb. 3 as Fire Rock Grill under new ownership and management.

Per the description on their Facebook Page, the Fire Rock Grill is:

Family owned and operated, Fire Rock Grill is located in the historic Sheepherder building in Rancho Cordova and is giving a new twist to American food...

We are pleased to announce that a new restaurant Fire Rock Grill, located in the historic Sheepherder building, is under construction and is opening for business in February. We invite you to follow our process through construction as we make our restaurant more inviting to everyone who walks in the door.

Formerly known as Sheepherder Bar and Grille, the Alimena family has taken over to expand the American style menu to New American featuring tastes from Latin America and Mediterranean including Italian.

I don't have much more than that at this point besides the fact that it bills itself as a "family restaurant," but I'll keep an eye out and keep you informed.

When it opens, Fire Rock Grill will be located at 11275 Folsom Blvd., Rancho Cordova, CA.

Sacramento Beer Week's main event, the Beerfest, moves to Capitol Mall from Cal Expo - The powers that be who put on this region’s annual Sacramento Beer Week made a smart move: The annual Capitol Beerfest, normally held on a Saturday “all the way out” at Cal Expo, will now take place on Sunday, March 9, outdoors on Capitol Mall. Nick Miller in Sac News & Review.

Standing Tall: Selland’s Market-Cafe sets the standard for casual dining - While most Sacramento residents might judge the Selland group on the fine-dining standouts of Ella and The Kitchen, it’s probably Selland’s Market-Cafe in East Sac that they’re most familiar with. What makes Selland’s work is its casual, order-at-the-counter system and seemingly endless list of special events, deals and offers. The menu, a combo of soups, sandwiches, pizza and hot dishes, hasn’t changed much in the 13 years since the restaurant’s opening. But seasonal specials and weekly offers attract curious diners without nudging out the favorite dishes that keep East Sac residents coming in week after week. Greg Sabin in Inside Publications.

New Helvetia 2.0 - New Helvetia 2.0 is coming and the food trucks are going. Let’s just call it Phase 2. The brewery on Broadway and 18th will soon be serving up some tasty pub grub to go with the delicious craft beers via a new kitchen. When I dropped by New Helvetia on a Saturday afternoon owner David Gull told me, “We have plans for some burgers, fries, sandwiches and salads. The standard fare you would expect but I think the way the kitchen is being designed, there will be an opportunity to do much nicer stuff as well. We’ll have a couple items on the menu that will push the limits beyond the pub grub.” Greg Brown in Valley Community News. (Third Item.)

VIDEO: Dine Downtown Sacramento in full swing - Chef Kate Chomko with Downtown and Vine offers up Duck Confit and lentil salad as part of their three course dinner. On KCRA.

VIDEO: Dine Downtown spices thing up - Capital Dime heats things up with their offering of Ruben Rancheros as one of their courses during Dine Downtown week. On KCRA.