Cowtown Eats
Mon Tues Wed Thurs Fri Sat Sun About
Dining News: Sac Bee's Take on Mother
How Being 'Freaked Out' Gets You a Free Pastry at Starbucks 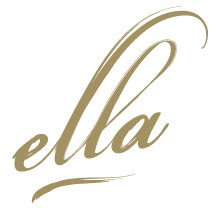 Ella, the Downtown outpost of the Selland's restaurant empire at 12th & K, had a small kitchen fire on Saturday that caused the restaurant to shut down over the weekend, reports the Sac Bee's Blair Anthony Robertson.

The blaze was quickly extinguished, but not before the Ansul System, with nozzles installed over the cooking surfaces, went into action, spraying a green viscous retardant throughout the large kitchen.

No one was injured and there was no structural damage to the multimillion-dollar restaurant, which is widely admired for its interior design.

According to Robertson, being closed for Saturday evening cost Ella more than $30,000 in revenue. Also, noted by the Sac Bee's Chris Macias on Twitter:

On Monday evening, Ella hosts a private event, one of the many Back to [legislative] Session Bashes. I snagged a ticket through my Day Job and will report back if there's any visible damage.

The most recent high profile restaurant that I can remember closing due to fire was Mikuni's Fair Oaks location at the end of 2012. That fire, which caused much more damage, closed the sushi joint for more than 2 months.

* Edited to add bit about Mikuni.

Mother is a Game Changer for Sacramento - Mother (1023 K Street)  is a new vegetarian restaurant in downtown Sacramento that offers (affordable) seasonal and fresh fare, with loads of gluten-free and vegan options. They strive to offer “southern american cooking featuring dishes that will undoubtedly play with the nostalgia receptors in your brain. The food is rustic, dynamic, and unfussy.” In reality, their food is so good that you forget it’s vegetarian, which (for us) makes it a game-changer in Sacramento’s culinary scene. Laura Braden and Lisa Murphy on Girls on the Grid.

Looking forward to pork at Block Butcher Bar - Block Butcher Bar is a salumeria and craft cocktail bar under construction next to LowBrau, the popular beer hall and sausage parlor at 20th and K streets in midtown Sacramento. Block Butcher Bar is funded by the entrepreneurs behind LowBrau and helmed by Sacramento chef Michael Tuohy, formerly of Grange and most recently overseer of farm-based dinners. When it opens later this month or early next month, Block Butcher Bar will be three operations in one 1,100-square-foot space: a processor producing fresh sausages for use at LowBrau; a restaurant and bar serving dry-cured meats, sausages, sandwiches, cocktails, beer and wine; and a retail counter selling grab-and-go salumi combos; sausages and cured meats by the pound; and cuts of fresh pork. Ed Murrieta in Sac Biz Journal.

The Beer Run: Shedding a stigma - Cans are all the rage in craft beer. It wasn’t long ago that a can of beer was considered cheap and not serious. Bottles were for the good stuff and cans were thought to impart a tinny note to the flavor. But that’s changing, led by Sierra Nevada and a host of other forward-thinking breweries. Blair Anthony Robertson in the Sac Bee.