How Being 'Freaked Out' Gets You a Free Pastry at Starbucks 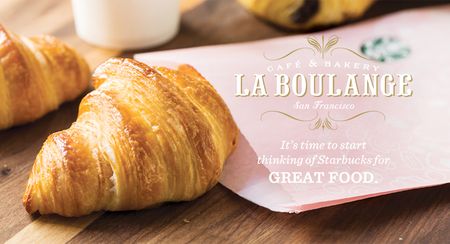 Starbucks, not satisfied with dominating the coffee world, purchased La Boulange, a San Francisco-based bakery, to expand its food offerings. I've seen this replacement happen at Starbucks I've visited in San Francisco and Los Angeles recently, but now, they're making the switch in Sacramento.

To check out the items they're serving, visit http://www.starbucks.com/promo/laboulange or read this article in the Sac Bee. At the Starbucks on Jefferson Blvd. in West Sac on Saturday, the sign indicated that the switch would be made on Tuesday, Jan. 28, although it may not happen on the same day at every location.

But with any change, some people will be unhappy, and Starbucks wants to ease the pain by offering a free pastry, reveals Sacramento Bee Capitol reporter and part time Starbucks correspondent David Siders. Here's what he reported via his Twitter account, @DavidSiders:

Next Tuesday, @starbucks manager tells staff, 'we're changing all of our food overnight, and customers are going to be freaked out.'

When customers are 'freaked out,' give them a free pastry, @starbucks manager says

In summation, for a free pastry at @starbucks , look at the new menu and get all 'freaked out' #starbucksstaffmeeting

If you're truly freaked out by the prospect of new food at Starbucks, then have at it. If you're not, I guess the decision you'll have to make is whether making a small public spectacle is worth $2.50 in free food.