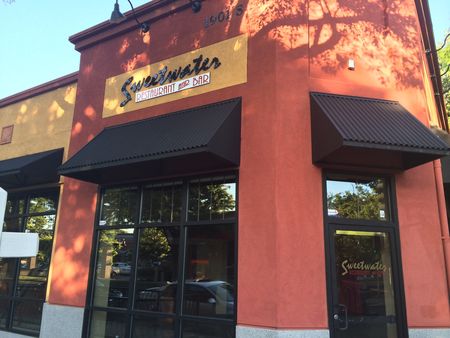 Based on the reaction on Twitter over the last 24 hours, many people bemoaned that another sushi restaurant was coming to The Grid. I interpret that as there being too many mediocre sushi places on the grid, and not because there are too many good ones. Luckily for us, it looks like the owner of two other successful restaurants is looking to add a third to his empire.

The owner of Land Park's Akebono and Midtown's Ryujin Ramen House has leased the location to open another Japanese restaurant, a restaurant industry source tells me.

I walked into Ryujin on Monday evening, and they confirmed that they would be opening a new restaurant there, but the concept isn't final yet.

Personally, I'm hoping for an Izakaya, which is a Japanese bar that also serves small plates. It'll be unlike anything else we have nearby (Sorry - The Izakaya in Land Park, your menu doesn't match your name). I've really enjoyed all my visits to Akebono and some ramen lovers say that Ryujin Ramen is as good or better than the acclaimed Shoki Ramen in Curtis Park. I'm not a Ramen expert, but the fact that there's even a discussion is a good thing for Ryujin.

I peeked into the windows of the old Sweetwater location today, and it looks like they've already started to do some light demolition. Based on the condition of the interior, though, my guess is that they're months away from opening.

Lime shortage puts squeeze on Sacramento bars and restaurants - Cinco de Mayo’s less than two weeks away, but the thought of serving a small ocean of margaritas leaves bar and restaurant owners feeling especially sour this year. A lime shortage has quadrupled the price of this key citrus fruit, leaving business owners scrambling for backup plans and other ways to make do with less. Domestic eateries and watering holes source the bulk of their limes from Mexico, which leads the world in lime production and exportation. But the Mexican lime industry has been devastated by bacterial disease called huanglongbing (HLB for short) and recent heavy rains. According to The Associated Press, those problems have been compounded by Mexican cartels extorting lime growers. Chris Macias in the Sac Bee.

Review: Sac Beer & Chili Festival - This past Saturday, I got to check out the Sacramento Beer & Chili Festival in Fremont Park...After a whirlwind hour or two of beer and chili tasting, my favorites from the day were: Chili – Industry category: the spicy hot chili from Blackbird. Liz Conant on Sac Foodies.

Check It Out: KP International Market - The quick-serve food court offers cafeteria-style seating, where customers can settle in and enjoy their Persian, Korean, Greek, Russian or Chinese selections. I also spied some Japanese and American items, including ribs, and there’s probably more goodies that I didn’t see. Kira O'Donnell in Sac Mag.