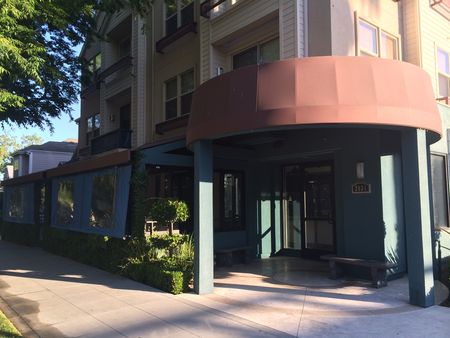 Paul Caravelli, who competed on the first season of ABC's The Taste against Chef Adam Pechal, has been tapped to run the kitchen at Trick Pony, reports the Sac Bee's Chris Macias Debbie Arrington.

Trick Pony, which will replace Tuli at S and 21st, shares an ownership group with Capital Dime. Tuli closed its doors on Feb. 17.

More from Macias Arrington on the concept of the restaurant:

Lobley and partners plan to open a neighborhood pizza place in the spot formerly occupied by Tuli Bistro at S and 21st streets. The longtime restaurateur wants to open “ASAP, hopefully by the end of May,” he said.

To be named Trick Pony, the 60-seat restaurant will serve “great pizza with great beer,” Lobley said, a perfect combination for a neighborhood restaurant...

“Why pizza? I’m tired of driving two hours to get a really good pizza,” he said. “It will be a different style of pizza. ...We’re going to go back to the way they made pizza 1,000 years ago, but with fresh regional ingredients (instead of imported), then incorporate good stuff from living in this area. We have the best tomatoes in the world coming out of the Delta region. We’ll have a lot of locally sourced stuff. I found really good cheese."

A pizza place makes sense in that space since it already comes with a wood-fired oven that Tuli utilized so well. I spent many meals sitting at their bar, watching the chefs cook using that oven.

I peeked in the windows on Wednesday morning, and it looks like changes to the space will be mostly cosmetic. The new tenants of the space had clearly been in there cleaning, but at least to this casual observer, little new had been added thus far.

The owners also seemed to be throwing down the gauntlet on the quality of local pizza. I'm sure the owners of Masullo, Hot Italian, Matteos Pizza, Pizza Rock and many others would take umbrage at the suggestion that their pizza's not "really good." But I hold out hope that the pizza his kitchen produces will be head and shoulders better.

Finally, this is the second restaurant that Caravelli has worked in during his short stint in Sacramento. He helped Pechal open the new Crawdads. Here's a little about Caravelli, from a Crain's Chicago Business profile of him.

Sure enough, it was his boisterous personality — coupled with his demonstration of how to make 545 North's popular crab cakes — that made him stand out to the show's judges, including chef Ludo Lefebvre, British foodie Nigella Lawson, restaurateur Brian Malarkey and “No Reservations” star Anthony Bourdain...

Although Mr. Caravelli learned to cook as a child from his mother and grandfather, he initially aspired to be a hockey player. He says he was remorseful about letting his athletic goals “fall through the cracks” to attend Chicago's Kendall College of Culinary Arts — until now.

Read the entire story on ChicagoBusiness.com.

It's hard to find a newspaper review of 545 North, the restaurant that Caravelli worked at, but GrubStreet says the restaurant is "the kind of place that every suburb has but that doesn't leap out from the crowd of such places."

I look forward to trying his food and putting the owner's pizza claims to the test when they open in late May.

What’s missing from Sacramento’s food scene? - Sacramento’s diverse population lends itself to a wide variety of eateries, not to mention that abundance of agricultural products that makes our city’s moniker as “America’s Farm-to-Fork Capital” a legit claim, not just a civic branding campaign. But for all the succulent seasonal ingredients and top-notch pho spots, Sacramento still has a few holes to fill in its culinary scene. Here’s what we’d still like to see in Sacramento. Chris Macias in the Sac Bee.

Hot Italian founders at pizzeria’s fifth anniversary - A lot of people reading this might want to open a restaurant. After doing it for five years, any advice for them? Lepore: Write a business plan. We started writing ours back in 2006. It took us two years. It’s scary to me when I hear of restaurants closing and then something else opens right away. I fear it’s going to close right away if it’s not really thought out. Cercatore: You have to have a concept. A lot of restaurateurs want to open a restaurant where they have a lot of things, but they don’t specialize in something or focus on the product. Blair Anthony Robertson in the Sac Bee.

Burning Question: Why Aren’t More Restaurant Critics Women? - In the past few weeks, there's been talk about a possible divide in the food-writing world: The roles of food writers and editors seem split fairly evenly among men and women, but the same cannot be said for the role of the restaurant critic, where the divide currently favors more men. In fact, LA Weekly critic Besha Rodell recently posed the exact question: "Why is there such a small percentage of female critics, especially in high-prestige positions?" Sierra Tishgart on Grubstreet.com.