Kevin O'Connor, a talented former chef at Blackbird and who did pop up dinners under the Treehouse name, will not open at the space formerly occupied by Art Ellis art supplies on J Street.

The Sac Bee's Blair Anthony Robertson reported this back in February:

O’Connor and his business partners have purchased a building on a bustling midtown block on J Street and will begin work readying the transformation from Art Ellis art supplies to a new restaurant...

O’Connor, 24, does not have an projected opening date but said he hopes for late summer or early fall. The building will include a loft space O’Connor plans to call home.

Read the original story in the Sac Bee.

First, let me be clear. I'm not saying that Robertson was wrong when the piece first went up, but the information appears to no longer be correct.

On a visit to nearby Kru in July, I peeked inside the space and saw what looked like unfinished tables from New Helvetia Hardwoods, which reclaims fallen urban trees and makes them into "practical art." 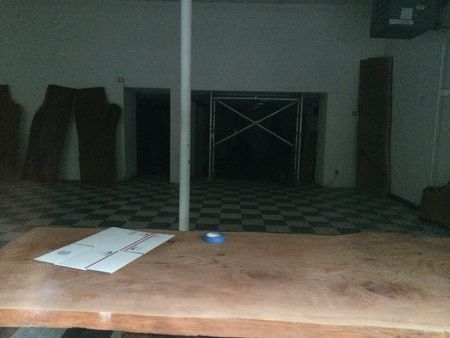 I stopped by again during Second Saturday in August and saw this sign. 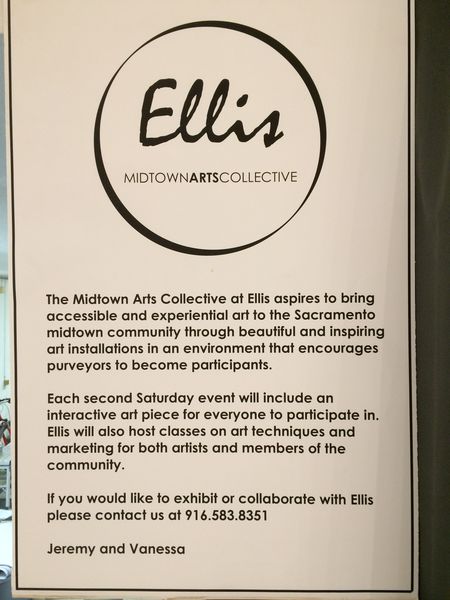 I asked the staff what happened to the restaurant, and was told that the project fell through.

An e-mail asking O'Connor for comment via Treehouse was not returned.

So as best I can tell, that space remains an art gallery.

Rubicon Brewing Company lands major distributor - A taste of Sacramento beer will now be easier to find around California and beyond. Rubicon Brewing Company, a stalwart of Sacramento’s microbrewery movement, has partnered with DBI Beverage Sacramento. DBI is a major distributor of beers, with a portfolio that includes Heineken USA and major brands under the MillerCoors umbrella. DBI also distributes such craft beer favorites as Russian River Brewing, Dogfish Head, Bear Republic and Lost Coast. Chris Macias in the Sac Bee.

‘Farm-to-Fork’ goes pay to play - Local eateries must pay to participate in the “Restaurant Weeks” portion of the upcoming celebration of Sacramento as “America’s Farm-to-Fork Capital.” Flying the official “farm-to-fork” flag during the event, which runs Sept. 13-28, will cost $100 or $200. This information was shared in a recent meeting with key players in the farm-to-fork festivities. One staffer with Produce Express, a distributor for the area’s boutique farms, took to Facebook to express dissatisfaction with the surcharge. Local chefs including Michael Tuohy of Block Butcher Bar chimed in to say, basically, that the fee stinks. Chris Macias in the Sac Bee.

Yay! Maggiano's Comes to Sac! - Years ago my then boyfriend and I went to the Winchester Mystery House for a Halloween night tour. Having arrived early, we were hungry and looked across the street at the Santana Row shopping/condo complex and ended up at Maggiano's for a fantastic Italian dinner.  It was so good, that even though I had no idea if they were independent or a chain or what, I remembered them. Catherine Enfield on Munchie Musings.

Zpizza Tap Room to open on Saturday, Sept. 20 - Sacramento resident Michael Sessler and his business partner, Chris Bright, know that beer and pizza make for a winning combination. Add in a demographic where residents have some disposable income in a neighborhood with limited dining options and voila – you’ve got the main ingredients for zpizza’s newest venture – a tap room and pizza parlor, located at 7600 Greenhaven Dr., which is set to have its grand opening celebration on Saturday, Sept. 20. Monica Stark in Valley Community Newspapers.

New Glory Craft Brewery hopes to double beer production - Only occupying about a fourth of a 30,000-square-foot warehouse on Alpine Avenue in Sacramento, New Glory Craft Brewery plans an expansion in the next year to keep up with demand. Brewmaster and co-owner Julien Lux said the brewery will expand production from 530 barrels New Glory brewed in its first year to 900 or more in the second. The brewery started production in June 2013. Ben van der Meer in Sac Biz Journal.