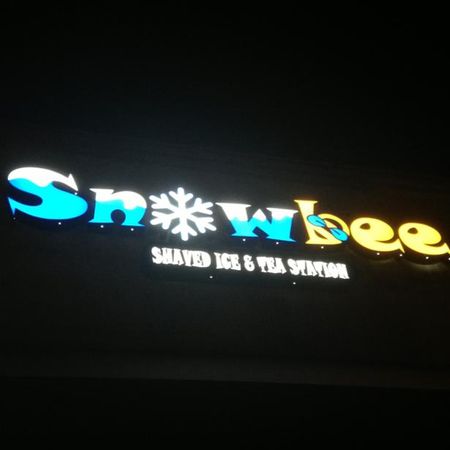 It's not often you see one local writer do a full frontal attack on another - especially when the topic is something as inconsequential (in the big picture) as food.

Before you go do something stupid like call brick toast “a thing” or “honey toast”—as did a recent Sacramento Business Journal article—first know this: It's actually a Taiwanese dish known as nai su tu si, which means “milk crispy toast” in Mandarin, and describes a thick piece of white toast slathered in buttermilk.

Mendick is referring to a Sept. 4 article by Sonya Sorich in the Sac Biz Journal, headlined "Never heard of honey toast? It's a thing, and you can try it in Sacramento"

Some people call it the "big mama." Order honey toast at Snowbee Tea Station and you'll get a big cube of toasted bread topped with ice cream and other extras such as almonds and macarons. Just when you think you've reached carbohydrate overload, you might find the smaller cubes of toast inside "big mama."

You panic, but realize there's no turning back. Especially since many varieties of honey toast aren't exactly cheap. "Macaron Madness," for example, costs $13.99.

So which local writer is right? I have no independent knowledge to judge, but I know that Mendick's written about his half Chinese heritage and his trips to Asia. That doesn't necessarily mean he's right here though.

Have an opinion on who is correct in this culinary spat? Leave it in the comments below.

** Update: Mendick leaves a response in the comments below.

Check Out Centro's Infused Fruit Tequilas - With the array of varieties available, it was difficult to make a decision, but we settled on the complex, gorgeously-colored blueberry-mango tequila and the pineapple tequila. Both burst with ripe, heady fruit flavors, and were not overly sweet. Kira O'Donnell in Sac Mag.

Good Karma! – A Review of Karma Brew Sacramento - On a recent sunny Sunday Funday, my roomie and I were trying to find a place to drown our sorrows after a last minute Team USA loss in the World Cup and we stumbled on the loveliest of new downtown spots, Karma Brew, which opened early this year.  A fabulous find on 16th and P Streets, we popped into Karma Brew for a quick drink, but started chatting up a handsome gentlemen enjoying a pint (my roomie is a clutch wingman, but that’s for another post), invited some friends to join us, made friends with Karma’s charming owner, Anthony, and ended up hanging at this fun little joint for hours.  Boy did we score.  I can’t recommend this place enough after many, many subsequent visits. Chelsea Irvine on Girls on the Grid.

Rose Garden Chinese Restaurant: A veggie delight - While Rose Garden isn’t starting any new trends, it makes the most of old favorites with great ingredients. It seems to have quite a loyal following, too, as the staff greeted many diners like old friends and asked after their families. Delicious food and friendly service obviously serve them well. Ann Martin Rolke in Sac News & Review.

A meh sandwich to go, please - Totally unmeh, however, are the sandwiches at Pushkin’s Bakery (1820 29th Street). The gluten-and dairy-free joint began offering four vegan sandwiches in June for six bucks each (and house-made potato chips this month). If you show any hesitation in ordering, though, don't be surprised if the friendly employee behind the counter looks you dead in the eye and makes the decision for you: Spicy Adult Grilled Cheese. Shoka in Sac News & Review.

Omaha-based coffee company wants to add more Sacramento region stores - Scooter's Coffee is planning a Sacramento-area expansion that could result in up to 50 new locations in the next seven years. Sonya Sorich in Sac Biz Journal.

10 delicious ways to celebrate National Cheeseburger Day - Happy National Cheeseburger Day, Sacramento! Many will celebrate the occasion at tonight's annual Burger Battle at Cesar Chavez Plaza, where chefs from Broderick Roadhouse, Ettore’s (both 2013 winners), de Vere’s Irish Pub and a dozen other eateries will face off for burger bragging rights (and for a good cause, raising money for the Crohn’s and Colitis Foundation of America). While tickets for the Burger Battle are sold out, we’ve singled out 10 delicious Sacramento-area spots where you can get in the spirit of Cheeseburger Day today—or any day. Featuring Broderick, Cookies Drive-In, Dad's Kitchen, The Firehouse, Flaming Grille Cafe, Formoli's, Ikeda's, Nationwide Freezer Meats, Redrum Burger and Squeeze Inn. Angel Hernandez in Sactown Magazine.

VIDEO: SmallCakes Freshberry - Today Lori Wallace is checking out a brand new location for one of Roseville's most up and coming cupcake shops! On Good Day Sac.

VIDEO: A Look Inside Trademark Pizza - Gary Gelfand takes us inside “Trademark Pizza” which is located on Eureka Road in Roseville. On FOX 40.

Hey Darrel, not trying to start a media flame war here or a "full frontal" as you've eloquently put it. I've never met Sonya, but I like her stuff in the Biz Journal and read it often to find out about business news. Yes, there's something called "honey toast" or "Shibuya honey toast." And then there's also Taiwanese brick toast (nai su tu si). Neither is a new thing. Some people use the three terms interchangeably for some reason (confusingly). The way I see it, "honey toast" is supposed to refer to a huge brick of toast (like half a loaf of bread) with a whole bunch of stuff on it and in it (not always honey). I don't think it should be used to describe a slice of brick toast (Snowbee serves both). In conclusion, I'm just not a fan of honey toast in general (too much bread, not enough flavor) nor the fact that it's being confused for brick toast (or vice versa). Snowbee's brick toast (they call it "Classic") is good, but I haven't yet tried their honey toast (though I've tried others in different cities).

The picture that Sorich posted and wrote about certainly looks like Honey Toast aka Shibuya Honey toast, the dessert that is popular in Japan and available throughout Asia.