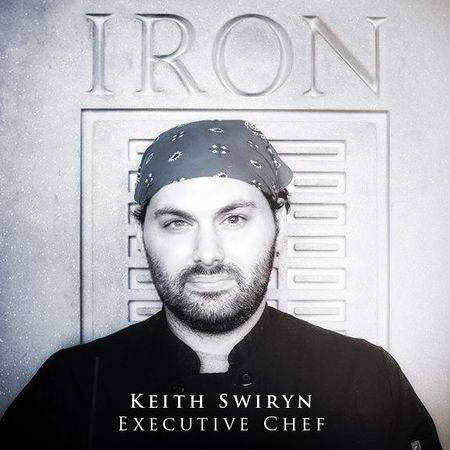 Slowly but surely, this eatery – stylish and casual – continues to improve...

Even its wedge salad, a steakhouse staple that’s often awash in watery blandness, was a wonderful little dish, complete with thick and delicious cubes of house-cured bacon.

You can also read Robertson's 2010 review of Iron Steaks here.

Iron Grill is on my way home from work, and I stop by occasionally for happy hour (which I've found pleasant). I've also enjoyed brunch and dinners there in the past, and will have to add this to the list of places to try again soon.

BTW: If you're looking to save a few bucks while trying out Iron Grill, they have a deal over at Living Social.

Iron Grill is located at Broadway and 13th St, and can be found online at http://irongrillsacramento.com/.

Living Legend: Frank Fat's Celebrates 75th Anniversary & Looks Toward the Future - The block of 8th and L, and downtown in general, has changed immensely over the decades. Businesses have come and gone, people have aged and moved and buildings have been torn down and rebuilt. Frank Fat’s restaurant, however, is a rare exception that has remained a piece of Sacramento history and mastered the changing tides of Downtown Sacramento for 75 years. Alia Cruz in Submerge Mag.

Hot, hot buns - Having just celebrated its five-year anniversary, the bakery seems to have picked up huge swarms of similar addicts over the years. On a recent Saturday, the pastry spot was abuzz with customers trying to get some of the shop's most popular doughnut-esque pastries. And for good reason: The cream-cheese-filled pastries I sampled were like a slice of heaven for a Chinese Jew such as myself. Jonathan Mendick in Sac News & Review.

Cold-pressed juice movement draws Sacramento health-seekers - The premise is simple: Plants naturally contain enzymes and nutrients that promote health in the human body. Cold-press advocates – if not all nutritionists – believe these “living” ingredients are regularly killed by the harsh pasteurizing and processing of the modern Western diet. Even putting vegetables through your home juicer, they say, will rob them of some of their nutrient load. Sammy Caiola in the Sac Bee.

Granny de Vere’s Irish Shepherd’s Pie - One dish on their menu takes the cake though, or pie rather. Granny’s Shepherd’s Pie is filled with ground beef, fresh vegetables, rich gravy and is topped with a swirled crust of golden mashed potatoes. But that’s not all! For a nominal fee you can even top it off with a fried egg, which I highly recommend by the way. They sell it in a large or smaller dish, whichever your stomach can handle. Tyler Ash on Sac Foodies.

Try It: The Press’ San Gennaro - I settled into a patio chair at midtown’s The Press Bistro recently on a sweltering Sacramento October evening, thirsty for some serious liquid refreshment. The bartender’s vivacious San Gennaro - one of the restaurant’s signature cocktails – was just the ticket for some palate-cooling relief. Kira O'Donnell in Sac Mag.

VIDEO: Dishin’ with Tina: Phat Jerry’s Phillies - If you're in the mood for a good philly cheesesteak, no need to buy a plane ticket all the way to Philadelphia! On Good Day Sac.

VIDEO: Budweiser Bierfest - For the first time, Budweiser is celebrating bierfest in Fairfield and Cambi Brown is getting a sneak peek. On Good Day Sac Part 1 | Part 2.