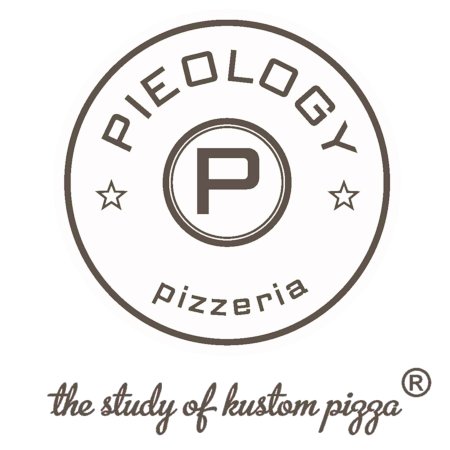 Pieology, a player in the "fast pizza" space where you can get a custom pizza in less than 5 minutes, will open in mid-November, reports Sonya Sorich in Sac Biz Journal.

Pieology Pizzeria plans to open its new restaurant in midtown Sacramento in mid-November, according to a company spokeswoman.

The restaurant, which specializes in personal pizzas, fills the spot previously occupied by Indian restaurant Monsoon at 1020 16th St. It will be the Sacramento region's first Pieology location.

Guests select pizza elements such as sauce -- available in flavors ranging from barbecue to pesto -- and toppings, including options such as meats, cheeses and vegetables. Pizzas cost less than $8.

In addition to the Sacramento location, Pieology recently opened a restaurant in Fairfield, and will open locations in Vacaville, Santa Rosa and Daly City, the business announced on its Facebook Page.

Sactoberfest organizer to file for bankruptcy - In accordance with bankruptcy rules, he said his employees would be paid first, followed by independent contractors and larger businesses. He said it’s also unclear how much money there will be for the charitable organizations that supplied volunteers. In an Oct. 21 letter informing creditors and others of his plan, he said that most of the staff were hired as independent contractors. “I’ve never been in this position. I’m a guy who pays his bills,” said Clakeley, who started his Orangevale-based event company Finrich Events after a long career in events in San Diego. Ed Fletcher in the Sac Bee.

Sactoberfest promoter apologizes for event's financial failure - The promoter behind this month's Sactoberfest has sent a letter of apology to nearly 100 contractors and creditors who were not paid at the end of the three-day event. Richard Clakeley said he is "mortified and deeply embarrassed" by the financial failure of the second annual beer festival which drew less than half the 8,500 paid attendees Clakeley had budgeted for. George Warren on News 10.

‘Sactoberfest’ Worker Alleges Pay Problems - The event employee says when she went to pick up her paycheck Friday, she and several others were told that because of lower than expected attendance, they would be paid 75 cents on the dollar. Ali Wolf on FOX 40.

Sactoberfest Organizer Admits to Not Paying Workers - The organizer of the Sactoberfest beer event admitted that he owes 100 workers money. “It’s not fair,” worker Anna Gaebe said. “We busted our humps.” Gaebe agreed to work as a bar manager for Sactoberfest for a flat $500. Marin Austin on FOX 40.

Bacon & Butter opens to large crowds and answers a key question about relocating - Bacon & Butter is back in business, filling seats, cranking up the kitchen and answering a big question on the minds of many: Can a popular restaurant remain popular when it pulls out of midtown and opens in a quiet neighborhood like Tahoe Park about 15 minutes away? Based on the super-busy brunch I witnessed Sunday and the one I heard about the week before, Bacon & Butter is doing better than ever in its new and improved digs at 5913 Broadway. Blair Anthony Robertson in the Sac Bee.

Dos Coyotes owner getting into franchise business in Los Angeles County - Bobby Coyote, owner-operator of the Davis-based Dos Coyotes Border Café chain of restaurants, is getting into the franchise business in Los Angeles County. Coyote said Friday that the plan is for a franchisee to open five restaurants in the next five years, with another 20 opening in Southern California over seven to eight years. Mark Glover in the Sac Bee.

VIDEO: Squeeze Inn Owner Falls Victim To Scammer Claiming He Was From PG&E - Someone called Travis Hausauer claiming they were from Pacific Gas & Electric and that they were on their way to the Squeeze Inn to shut off the gas. On CBS 13.

VIDEO: Sonic Drive-Ins Owned By Alizadeh Family Closed In Roseville, Woodland, Yuba City - Several Sonic Drive-In restaurants suddenly shut their doors, leaving customers upset and employees confused. Restaurant management says the locations in Roseville, Woodland and Yuba City are closed to remodel, but some aren’t buying it. The three locations are all owned by the Alizadeh family, who have had several area restaurants shuttered in recent years for unpaid taxes. Anjali Hemphill on CBS 13.