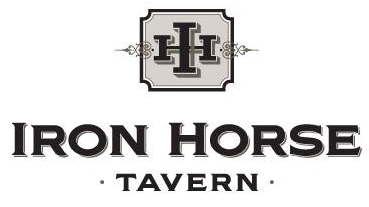 The Iron Horse Tavern, set to open next April at the intersection of 15th and R streets, is the latest bar and restaurant project to imprint a spirit of urbane sophistication on the revived former railway stretch south of midtown. Named after the locomotives that once rumbled down R Street, Iron Horse features a style that interweaves the area’s industrial heritage with sleek international touches...

Iron Horse’s glass doors, meanwhile, will open onto the surrounding patio, where guests can dine and drink alfresco. Chef Christian Palmos of Cafeteria 15L—a downtown sister eatery in the Wong family of restaurants—will oversee the menu at Iron Horse as well. (Wong demurs when asked about planned dishes, opting to describe the cuisine as “creative American—maybe American with a twist.”) 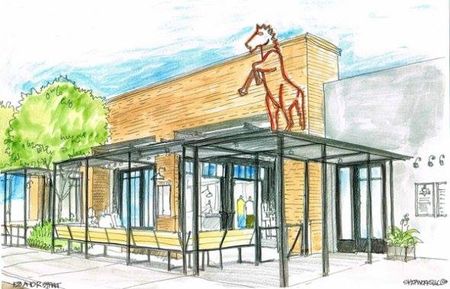 You can also keep up with new developments by following Iron Horse Tavern online at https://www.facebook.com/ironhorsetavern916, which is also the source of the photo above.

Cafeteria 15L: Good management trickles down to the plate for delicious meal - I recently went to Cafeteria 15L and had an excellent meal. The food was delicious and fairly priced, the service was conscientious and friendly, and the casual, modern space buzzed with energy. My friends and I had a near perfect evening and talked of visiting again soon...But it did get better the next day, when I spoke with executive sous chef Katrina Mattia. The enthusiasm this employee had for her company was infectious, refreshing, and made the meal, in retrospect, an even happier memory. Andrea Thompson in Sac Biz Journal.

10 area restaurants to plan a last-minute Thanksgiving feast - If you and yours are still sorting out your Thanksgiving destination or facing some unexpected changes to your original plans, fear not: Here are 10 local spots that will be serving up their own specialties for holiday diners this Thursday. (Just be sure to inquire soon about reservations—spots are filling up quickly!) Alex Hernandez in Sactown Mag.

Feast Q&A: Jason Poole, of Sacramento’s Hyatt Regency, on serving Thanksgiving - One such holiday-dinner destination is the 26-year-old Hyatt Regency, where executive chef Jason Poole and his staff are planning on a few people dropping by for a meal. Poole was one of the major coordinators of the Tower Bridge Gala Dinner, the culmination of Farm-to-Fork Celebration in September. The Hyatt’s usual brunch menu has been expanded for Thanksgiving to 70-plus items to be served at eight stations at Dawson’s, Vines and Amourath lounge. The price is $55 general, $28 children ages 5 to 12, free for 5 and younger. Seatings will be from 11 a.m. to 4 p.m. Thursday at 1209 L St. Reservations: (916) 443-1234 or www.sacramento.hyatt.com. We caught up with Poole on Monday. Allen Pierleoni in the Sac Bee.

New Oak Park Brewing opens, draws crowds, then scrambles to find new chef - The owners estimate that upwards of 1,200 people attended the preview opening Saturday. It was a huge coup for the brewery and for the Oak Park neighborhood, which has been undergoing a high-profile renewal in recent years....The head chef, Christopher Davis-Murai, the day before the official opening abruptly announced he was bailing out. That left the folks at Oak Park Brewing to deal with more than their share of new-business adjustments mere hours before customers were going to start showing up. Blair Anthony Robertson in the Sac Bee.

New craft brewery coming to Rancho Cordova - A new craft brewery in Rancho Cordova will have the atmosphere of an old mining town, according to its owner. Mike Ryan plans to open Argonaut Brewing Co. by June 2015. The brewery will fill approximately 5,000 square feet at 11366 Monier Park Place. Sonya Sorich in Sac Biz Journal.

Let's eat: Three places to try - Need to try somewhere different for lunch or dinner? Our three place to try include a coffee shop next to an ice cream institution, a mix of waffles and Peruvian food and a highly rated place in midtown. Featuring Vic's Cafe, Waffle King/Machu Piccu Peruvian Food & The Coconut Midtown. Andrea Thompson in Sac Biz Journal.

Small plates, big idea - Izakaya Daikoku opened in early October, and it boasts a wealth of traditional Japanese dishes that were previously impossible to find on the grid. Particularly exciting is the okonomiyaki, a dish comprising decadent, savory pancakes loaded with meat or fish and topped with salty bonito flakes, a sweet sauce, mayo and pickled ginger. Janelle Bitker in Sac News & Review.

Sheepherders Inn morphs into Fire Rock Grill, but you can still satisfy your prime-rib urges - Randall Christian is quick to point out that while the iconic, long-lived Sheepherders Inn is no more, you can still get order most of your favorite meals at its new incarnation, Fire Rock Grill, which Christian manages and then some. Christian — a former teen model, actor and executive chef — says that as he grows the clientele for Fire Rock, "I don't want to neglect for one moment the thousands of people who have fond memories of Sheepherders. I've kept a number of menu items — and also the warmth of the (stone) walls and fireplace. What I'm trying to expand is the place's 'vibe.'" Ed Goldman in Sac Biz Journal Part 1 | Part 2.

VIDEO: Joe’s Crab Shack - The Holidays are upon us which means... time to eat! On Good Day Sac.