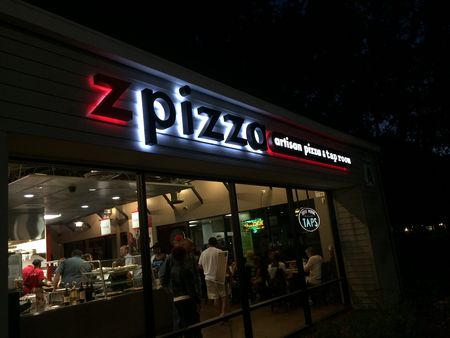 There's no shortage of great pizza in Sacramento, but none of it (that I know of) in that part of town.

When diners first walk into the establishment, the room is split into two - with the pizza parlor to the right and the Tap House portion to the left. The restaurant is fast casual - so you order at the counter and get a number and wait. 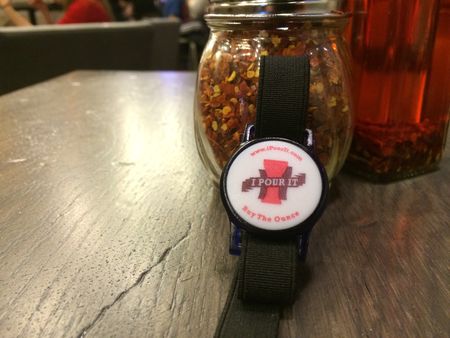 Beer bracelet given to you to track how many ounces of beer you've had.

What's unusual about the zpizza Tap House format is that you serve your own beer. Those over 21 and who want to drink are issued a bracelet. When you want a beer, you tap your bracelet to the tap and you get 6 oz of beer. At the end of the evening, you go back to the cashier to for the beer you've poured. The restaurant features more than a dozen taps, and on the night I went, it was heavy on the IPAs. Each beer on tap had its name, alcohol content, tasting notes and had its Internation Bittering Unit (commonly abbreviated IBU) so you know how bitter a particular beer is. There's also a helpful guide on what type/shape glass you should grab from the rack to make the most of the beer. 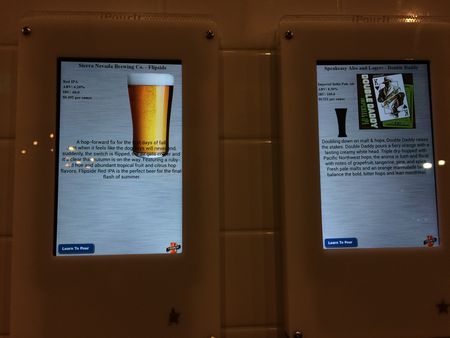 As cool as it sounds to pour your own beer without having to wait for a bartender, I ran into a couple problems. First, it turns out I couldn't pour beer without a massive amount of head. I'll admit that the majority of my beer pouring experience is limited to kegs at house parties, but I can't be the only one who is having the problem. Second, without a bartender, you can't taste a beer. You'll have to hope you like the beer enough to drink 6 oz of it, or be wealthy enough to pour it out. Lastly, they list the price of beer oz. So one beer may be 40 cents and ounce, while another is 34 cents an ounce. I'm sure I could get my iPhone out to do the math, but it seems like it'd be easier if they at least showed the price for a 6 oz pour since that's the way they're selling it to you. 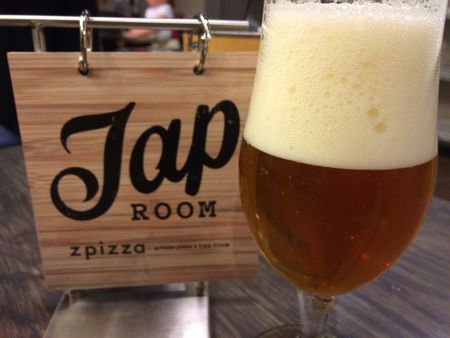 The restaurant and food were both decent. The decor was reminescent of LowBrau put through a corporate design filter. Lots of attractive wood on the walls, but it somehow felt inauthentic. But then again, the restaurant's not located in midtown, it's located in a strip mall near many single family homes. It also has 5 TVs. I ate there on a Saturday night, and from my seat, I could keep track of several televized college football games. There were also a fair number of families with kids there, and it seemed appropriate given the neighborhood and the restaurant. 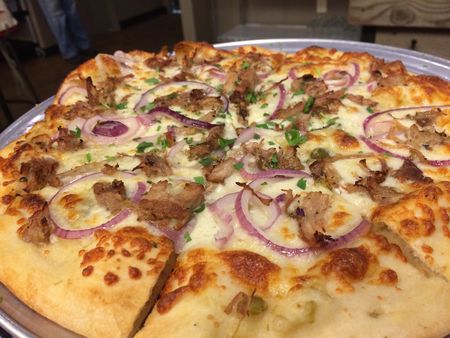 Their pizza was well concieved and executed. While you wouldn't confuse a pizza you got at Hot Italian or Masullo with one from zpizza, you wouldn't avoid it either. The crust on my pizza was medium thickness, with a good crunch. The salad was actually very good, with very fresh arugula and the right amount of dressing. 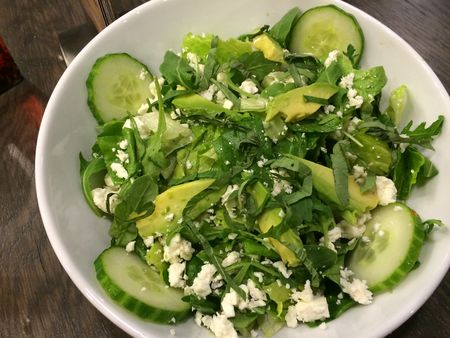 This restaurant isn't in midtown, so it's probably unfair to judge it against those standards. If you live in the Pocket or are visiting people there, zpizza's a solid choice. You get to practice your beer-pouring technique, the food's in the top tier of similarly-priced chain restaurants, and the wait staff was friendly.

zpizza Tap House is located at 7600 Greenhaven Drive and can be found online at http://www.zpizza.com/. (zpizza also has a location at 3984 Douglas Blvd., in Roseville, but I did not visit that one.)