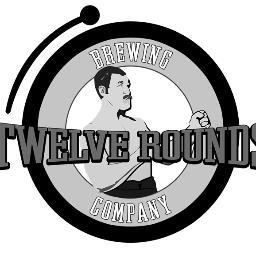 Twelve Rounds Brewing Co. is expected to open this spring at 866 57th St. It fills a 3,000-square-foot building across from an antique mall...

The brewery's restaurant will include a partnership with Sacramento's Red Rabbit. John Bays, executive chef at Red Rabbit, will run the restaurant at Twelve Rounds, according to the Murphys.

"We are a brewery that serves food, not a restaurant that serves beer," they said. "But our food will still be excellent." The owners plan to install a smoker in the full kitchen.

This collaboration was first announced in July 2013. According to their Facebook page, construction is ongoing, and they're targeting a Spring 2015 opening.

East Sac isn't the only new venue from the team at Red Rabbit. They're also coming up with a new concept for a space near the new arena at 7th & K.

For more information about the brewery, visit http://www.twelveroundsbrewing.com/.

Viet Ha Noodles & Grill: Fun in a box - The Chipotle concept is thus: Choose a starch— in this case vermicelli rice noodles, white rice or French roll—then add protein. Diners can choose from thinly sliced grilled beef, chicken, pork or butterflied shrimp. Everything comes with lettuce, bean sprouts, fried shallots, cucumber, peanuts, pickled carrots and daikon, and cilantro. The banh mi option offers additional jalapeños, sliced lengthwise and tucked in with the meat. The noodle and rice boxes are served with either a tangy rice-vinegar vinaigrette or savory/sweet soy sauce. The former is similar to what you get with bun noodle bowls. Ann Martin Rolke in Sac News & Review.

Chicory Coffee & Tea: Soup's On - During the busy hours of the work week, the baristas behind the counter at Chicory Coffee and Tea also double as hosts. Located just across the street from the capitol, the small coffeehouse welcomes a number of guests at 11th and L streets when 7 a.m. dawns and the eclectic coffee rush begins. But once all has settled and the espresso grinder falls silent, the Chicory staff begins to prepare for what is known as the “soupocalypse.” Not only does the locally owned business receive fresh, roast-to-order coffee shipments from their head roaster in Portland, they’re also known as the go-to lunch hotspot for a good bowl of soup in the downtown area. Steph Rodriguez in Submerge Mag.

New Helvetia develops IPA to celebrate proposed Sacramento farmers market mural - New Helvetia Brewing Company, located on Broadway not far from the market at 8th and X streets, will release a brand new Bright Underbelly Bergamot IPA this Wednesday. The new brew is named after the proposed giant mural from local art duo Sofia Lacin and Hennessy Christophel, who hope to bring color and life to the underside of the W/X freeway that has long served as a drab ceiling for the crowded Sunday market. Sammy Caiola in the Sac Bee.

Eat me: Calm that craving; Galbi Combination, Aura Korean & Japanese Restaurant - Though I'm always skeptical of restaurants that tout multiple Asian cuisines, Aura's spread will calm any Korean craving in a pinch. The big steal on the menu is the Galbi Combination—combined with the free pickled and fermented ban chan, it's easily enough for two people at just shy of $25. Janelle Bitker in Sac News & Review.

Off menu: Bring it on down to burger town - Same address, different bites: It’s difficult to keep track of 1930 K Street, what was once Headhunters and is now Mango’s Antro. And Burger Town. While the nightclub aspect has always been the focus—the spot transforms into bass-blasting Mango’s in the evening—the daytime restaurant concept has shifted from upscale dining to Mexican eats to, now, burgers. Lots of burgers—14, to be exact. Janelle Bitker in Sac News & Review.

VIDEO: Service dog dispute at Old Sacramento restaurant leads to outrage - Joe Rangel is a former police officer with the Citrus Heights Police Department. He went to Fanny Ann's in Old Sacramento with a friend, but was asked to leave when he couldn't provide proof his dog was a service animal. Linda Mumma on KCRA.

VIDEO: Celebrating Fat Tuesday’s Ettore’s Style - Mardi Gras is here – time to celebrate, dance and eat, King Cake, of, course. Ettore’s European Bakery & Restaurant is jazzing it up New Orleans style with its delicious, specialty King Cakes and beignets that can be washed down with a yummy latte. Check out all the fun Paul Robins and Christianne Klein had. On FOX 40.