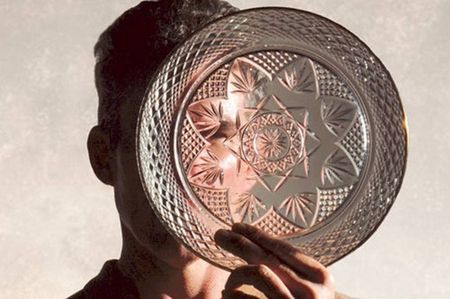 Blair Anthony Robertson took to Twitter on Thursday to give his first comments on no longer being the Sac Bee's restaurant critic.

I've been off Twitter for a few days. Did I miss anything?

1/Thank you for all the kind comments. No need 2b forlorn tho. I'm looking forward to doing new things & a few old things I've missed.

2/I am very proud of the work I did as restaurant critic & believe I made a difference. But 6-plus yrs of late nites/big meals is plenty.

3/I've always considered myself a writer first. Restaurant critic was my role for those years, but there is plenty more I want to write.

4/If U R unfamiliar w/my non-restaurant writing, I encourage U to stay tuned. My greatest joy as a writer is crafting compelling stories.

Even with his duties as restaurant critic, Robertson's cranked out some really great stories over the years. It's on his recommendation that I now own an Aeropress, and wrote a heartwarming story about a father who bikes with his son with Cerebral Palsy. I look forward to reading more of those.

Drian’s, inside the Round Corner: Belly up to the bar - But Perez is the pull. A man from the Philippines who used to be the chef for the Sacramento Kings under both the Ranadive and Maloof eras, he took over the Round Corner’s restaurant space in July 2014 when the last owner bailed. Since then, word of Drian’s food has quickly spread and it’s not surprising to find the city’s best chefs there pounding tequila and lumpia. Garrett McCord in Sac News & Review.

Sock it to me: The Usual, LowBrau - I'm definitely a whiskey sort of guy. I'm also an apricot sort of guy. Not to mention a vanilla bean kind of guy. So I'm all for LowBrau's new cocktail The Usual, which comprises a throaty George Dickle whiskey, apricot liqueur, cinnamon syrup and a floral vanilla bitters. Garrett McCord in Sac News & Review.

Franchisee bringing Jimboy's to Washington state - Jimboy's Tacos Inc. is entering Washington state. A franchisee plans to open the first Jimboy's restaurant in the state in June, the Folsom-based company confirmed Wednesday. It will be in Bothell, which is near Seattle. Sonya Sorich in Sac Biz Journal.

Closing of Sammy Hagar restaurant deals blow to Roseville’s downtown revival effort - The closure caught many by surprise and deals another blow for the city’s decades-long effort to revitalize the neglected area. Competition from the Westfield Galleria, also in Roseville, was cited by Aaron Hagar as a reason for the lack of traffic in downtown. Roseville Mayor Carol Garcia, who had Sammy Hagar administer her oath of office in December, said city officials found out about the closure through a Facebook post from the musician. Garcia, like other officials, was stunned at how quickly things unraveled. Richard Chang in the Sac Bee.

VIDEO: Fire destroys Rubio’s restaurant in Roseville - Firefighters were called out to the Rubio’s on Douglas Avenue in Roseville after flames were seen coming from the building. On KCRA.