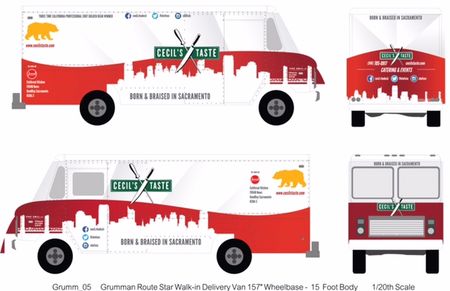 Cecil Rhodes, formerly head chef at Bella Bru in Carmichael, is launching food truck Cecil's Taste at Track 7 in Natomas on Wednesday from 5 to 8 p.m.

He has a long culinary resume. In addition to his most recent job at Bella Bru, he's come in first place 3 years in a row at the California State Fair chef competition, and was recently a finalist on Food Network's Cutthroat Kitchen. " I guess I'm the chef people don't know about in this town," he joked.

Chef Rhodes describes his cooking as New American Soul, and "will be focusing on different flavors that are familiar but also made with the love like my grandma used to put in her food," Rhodes wrote in an e-mail.

Here's a little from his bio:

For the first 12 years of his life, Cecil  lived in the "Strawberry" manors before his parents made the decision to move to West Gate, in a newer Sacramento development,  for a better life.

Starting from humble beginnings and after trying out several part time jobs including pizza delivery driver,  a truck loader and working in receiving at a department store  warehouse he secured a job in a small, quirky Bistro style Restaurant working the "pantry" station. The restaurant was run by two eclectic men  with a fiery tempers but great sense of humor, who frequently got over-excited and argued all around the restaurant. It was here, one day, when the other chef  went out sick and the head chef took Cecil under his wing. Cecil picked this up quickly; sparking his passion for food and so began his culinary career. He found food preparation easy and developed a thirst to know more. So, after leaving community college, he decided to attend the California Culinary Academy (CCA) for a certificate in culinary arts.

It was through this program that the spark became a fire and the wheels of his career were set in motion.

Chef Cecil purchased the truck from the husband and wife team of Stefen Janke and Julie Van Dam, who ran the Asian/Italian Ciao Chow truck.

The streets better get ready for me... #newbeginnings #newamericansoul #foodtrucks #sacramento

That truck launched in Dec. 2013, and was sold in early February. The Ciao Chow team have turned their attention to their catering business, Gourmet Solutionz, and Kitchen Kriminal Dinners, which are 6 course chef's choice menu for guests 12 to 18 people in your own home.

In addition to the food truck, Chef Cecil runs OneSoul, a catering company, and Taste on 12th, a memorable event centered on the pairing of Culinary Art and Visual Art. Those are held at Raphael Delgado Art Studio at 12th & S, with the next edition being Sunday, April 12, 2015. 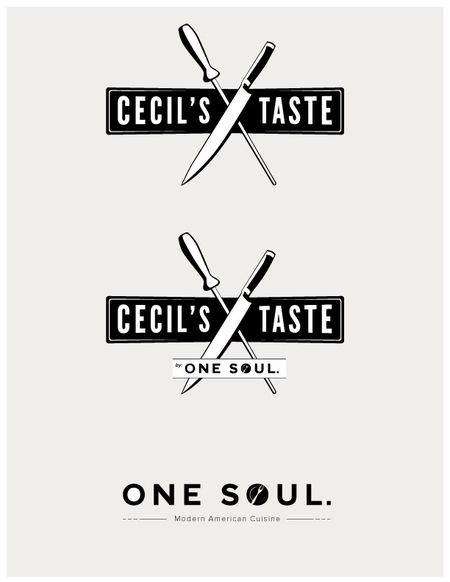 So if you're in Natomas tonight, check out Cecil's Taste at Track 7's new Natomas tasting room. Or keep an eye out and give him a try the next time you see the truck out and about. You can also follow him on Twitter at @ChefCec.

Dont' miss Black Vinyl Ale Project, the most exciting new brewery at Sacramento Beer Week - But I’ll bet a gueuze from my fridge that the most exciting brewery of Sacramento Beer Week will be Black Vinyl Ale Project. Hands down. Black Vinyl is a new brewery that started off in December. It’s having its official opening night this evening in Rocklin (4810 Granite Drive, Suite A-4, in Rocklin; 5 p.m.; no cover). They’ll be showcasing multiple drafts of their brews for the first time, I’m told. Later this year, they’ll be canning and bottling barrel-aged and sour brews and moving into a bigger facility in Lincoln. Nick Miller in Sac News & Review.

Feast Q&A: Back from Vietnam, Billy Ngo focuses on busy 2015 - Billy Ngo is widely considered one of the best chefs in Sacramento. At any given time, his restaurant, Kru, is apt to be filled with chefs and restaurant insiders enjoying his take on modern Japanese cuisine, especially sushi. Ngo recently traveled to Vietnam for culinary inspiration before launching into what promises to be a very busy 2015. He is moving Kru to a larger location, and he will be opening a new place, Fish Face, at the Warehouse Artist Lofts on Sacramento’s R Street. Blair Anthony Robertson in the Sac Bee.

Former TGI Friday's on Howe sold, headed for demolition - A long shuttered TGI Friday's restaurant on Howe Avenue in Arden-Arcade has been sold and will be demolished for a new retail building. Ben van der Meer in Sac Biz Journal.

VIDEO: Dishin with Tina: Lincoln Plaza Cafe - This week, Tina is checking out a little tasty spot in Sacramento. On Good Day Sac.

VIDEO: Pet Lover’s Pizza - Blast also has a pet lover's pizza for a limited time, where a portion of the proceeds go towards the SPCA Animal Shelter. On Good Day Sac Part 1 | Part 2.