Dining News: Restauranteur Wonders If There Be Enough Demand for New Downtown Restaurants 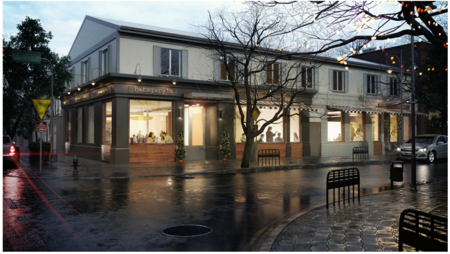 The new Kings arena has caused a building boom downtown, and I can think of 15 planned restaurants, bars or cafes off the top of my head. But if you build it, will they come?

Randy Paragary, perhaps Sacramento's most successful restauranteur, seems at least a little worried, via an interview with Chris Macias in the Sac Bee.

It’s a good question of what the future will be like when there’s 10, 20, 30 more restaurants opening in the downtown area. There’s a thing called supply and demand. There’s a demand out there of people who want to go out to eat, and we have our supply. Is that demand going to increase as we build these 20, 30 more restaurants downtown? I hope so.

As far as I can tell, there's no massive expansion in office space or full time residential living (yet) coming with the arena. There will be new hotels, but a look around where the Sheraton or Embassy Suites is doesn't seem to show that a hotel itself can anchor a restaurant row. I guess time will tell.

Paragary's is expected to open in May, and will be located at 28th & N streets.

* Art above is an artist rendering provided by Paragary's.

Ridgeway, Patel selected to oversee gala farm-to-fork dinner on Tower Bridge - Oliver Ridgeway of Grange and Ravin Patel of Selland Family Restaurants will orchestrate a four-course dinner for 700-plus people on the Tower Bridge, according to Mike Testa, chief operating officer of the convention bureau. Blair Anthony Robertson in the Sac Bee.

Pickle me this: Pickle plate, Capital Dime - It's awesome those times when I order Capital Dime's pickle plate ($9) and get to devour all the vinegary yum. This small plate assortment includes thinly cut pickled vegetables, pickled eggs and a generous heaping of Dijon mustard for dipping. Rachel Leibrock in Sac News & Review.

Food startups get a taste of raising money online - Preservation & Co. is selling its pickled vegetables and bloody mary mix. Huck’s Hollow Farm in Grass Valley wants to expand nationwide with its organic, GMO-free, artisanal crackers. Gluten Free Specialty is trying to open Sacramento’s first allergen-free restaurant, while Save Point Tavern plans to host the first bar and nosh spot for gamers. What’s their common ingredient? They’re all independent foodie ventures turning to crowdfunding to raise money. And in Sacramento, that makes them something of a rarity. Ellen Garrison in the Sac Bee.

VIDEO: Dishin’ With Tina: Harry’s Cafe - Tina is at a very tasty restaurant where they make claim they make the best pancakes. On Good Day Sac.