Dining News: Kru to Cohabitate with OBO' Italian by Selland's 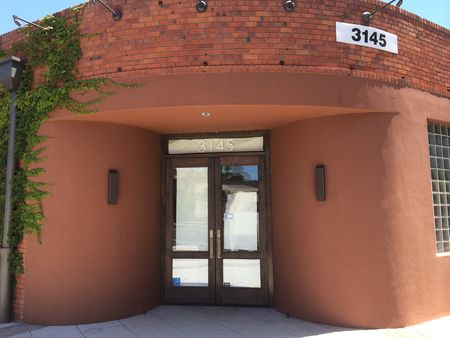 It's long been known that Kru will move to a larger restaurant and that the space currently occupied by Kru would be a new restaurant concept by Kru owner Billy Ngo. But now the Sac Bee's Bob Shallit confirms what's been rumored for months - that Kru will split the former Good Eats space with OBO' Italian by Selland's.

“There will be Selland on one side, Kru on the other,” said Barbara Mikacich, whose family has owned the 11,000-square-foot Andiamo location at 3145 Folsom Blvd. since 1989.

She said Wednesday that Kru officials still need to sign a few documents but “it’s all fine.” Both eateries could be open by year’s end following completion of tenant improvements, which include adding a wall to separate the two dining ventures.

North Border Taco truck goes brick-and-mortar - The sign is up at North Border Taco, the brick-and-mortar version of the local food truck at 3721 47th Avenue, and it reads “Mexican Food With Attitude.” It’s not serving crazy, edgy spins on traditional Mexican food, rather, Tex-Mex: lots of shredded cheese, rice studded with cilantro and the occasional smattering of crispy bacon. Janelle Bitker in Sac News & Review.

Want to peruse more brews? Let’s tap into local experts - So, I decided to ask a bunch of people in the beer business to give me their picks – not their all-time favorite brews and not the beers they think folks would like. I wanted to know the beers that have them excited today, and why. There’s something here for everyone, from big and bold high-alcohol beers to low-alcohol session beers. I’m not including the prices here, since they depend on where you’re shopping. If “barrel” or “sour” is in the name or description, expect it to be pricy (and worth it). Blair Anthony Robertson in the Sac Bee.

Taste a bit of the islands at Caribbean Breeze - We got to the meat of the matter with curried goat and stewed oxtail. In both, we found tender (but salty) bone-in chunks of meat and potatoes, but longed for more seasoning. The succulent oxtail had more depth of flavor than the goat in yellow curry, tasted milder and was voted best dish on the table. Allen Pierleoni in the Sac Bee.

VIDEO: Win an Entire Year of Pizza - Wicked West Pizza in West Sacramento is celebrating its grand opening with a chance to win free pizza for a whole year. Eric Rucker got a sneak peek and a yummy taste test. On FOX 40.