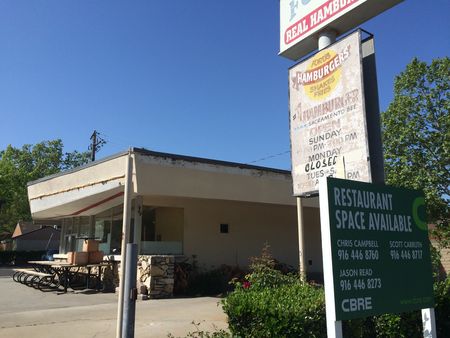 Ford's Hamburgers, which closed in September 2012 due to an ADA lawsuit, was slated to become the new home of Shoki Ramen House, reported Sac Foodways in Feb. 2014.

However, with Shoki finding a new home at the former Trails location on 21st, those plans have been shelved.

A close observer and Cowtown Eats reader tipped me off that the restaurant was again under construction. I stopped by on Friday, and one of the construction workers said that the owners of the building are remodeling the restaurant, with the hopes of renting it out.

After I reported this on Twitter Friday afternoon, one food truck operator said they had inquired about a lease, with no success.

@CowtownEats I've actually called, left 2 messages to talk about it and no one calls back, guess they don't need an operator to bad.. #fords

Also, a quick update on Shoki. I stopped by their new location on Friday on 21st St, and to the untrained construction eye, the place still looks weeks away from opening with a worker installing venting. A restaurant-industry insider I talked to over the weekend speculated it would be at least another month before it opened. 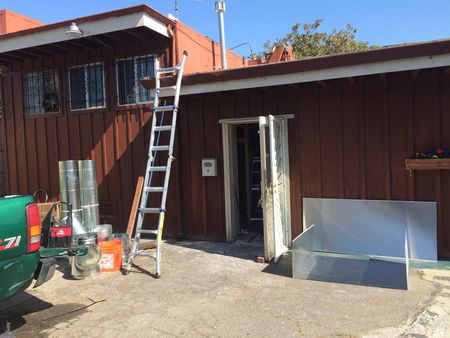 Meat and eat - East Sac neighbors have been bugging Ken Fahn ever since he and partner Mark Cordano acquired the former Larry’s Comfort Shoes building at Folsom Boulevard and 48th Street more than three years ago...Here’s the scoop on the other: It will be a restaurant called The Bowl East Sac and will be run by brothers Fred and Matt Haines. Details are being withheld until the opening is closer. But Cordano describes the fare as “fresh, casual, healthy and hearty.” Bob Shallit in the Sac Bee.

The Dollar-Wise Gourmet: Pizza by Assembly Line - At first, the build-your-own pizza concept seemed counterintuitive to me. After all, haven’t you always been able to choose your own toppings? But after visiting three local venues at the forefront of this new trend, the light bulb went on, and in a big way. Unlike traditional pizzerias, which charge extra for every ingredient you add, BYOPs offer unlimited toppings at one low price. Featuring Blaze Pizza, Pieology and Trademark Pizza. Cathy Cassinos-Carr in Sac Mag.

Grab a pint at The Fat Rabbit in Folsom - For those looking for a European specialty beer close to home, The Fat Rabbit Public House in Historic Folsom offers customers 22 imported beers on draft. Laura Newell in the El Dorado Hills Telegraph.

Gastronomicon: War of nuggets enters phase of novel failure - There’s something of a chicken nugget power struggle going on right now, easily seen in the escalating arms race between Burger King and McDonald’s. One side dumps McNuggets on you 20 at a time for $5, and the other responds by selling their cutely shaped chicken-pulp breading chunks at $1.50 for 10. We’re now a level above in the heat of this war. McDonald’s recently rolled out their Shakin’ Flavors for McNuggets, complementary with an order of 20, and Burger King reanimated their Chicken Fries, and with the accompanying ad campaign that would make you think they aim to make this transient menu item a cult good worthy of McRib levels of worship. I’ll come right out and say that all of this, every wasted penny poured into these campaigns, should excite exactly zero people. Anthony Siino in Sac News & Review.

Do wine and pro basketball mix? We may soon find out - A small building about a block from the future downtown Sacramento arena would become a wine bar under an application with the city of Sacramento. Whired Wine, in what's now an empty building at 410 L St., would sell beer and wine alongside small plates of food, according to the project narrative in the application. Ben van der Meer in Sac Biz Journal.